From New York Times Bestselling author Corinne Michaels, comes EVERMORE, a new novella in her Salvation Series, brought to you by 1,001 Dark Nights! Be sure to grab your copy today! I was poised to become partner at my law firm even before I became secretly engaged to my boss. After being humiliated by him on my wedding day, I can’t face working for him any longer. So I quit, waving my middle finger on my way out.

Now the only things I’m poised for are unemployment and loneliness.

When an opportunity with Cole Security arises, it seems like the perfect way to run, all the way to Virginia Beach. I wasn’t expecting my childhood sweetheart to be there. I definitely wasn’t prepared that when we saw each other again, Benjamin Pryce would be so grown-up. So gorgeous. So Navy SEAL-ish.

And still the same guy who broke my heart when I was fifteen–and could do it again.

They say if you’re fooled once, shame on them. The second time, it’s on you. The third time, it’s going to be me that runs… unless he can convince me to stay forevermore.

Add EVERMORE to your Goodreads “What do you mean you’re not coming?” I scream into the receiver at my what-should-be husband.

“I can’t marry you,” Harold tells me.

My eyes fill with angry tears. “You decided this now?” I shriek.

Well, it was supposed to be. Harold—which is the worst name in existence when you’re in the throes of passion—apparently has decided it won’t be.

An hour late, I might add. I’m here, at the church, in my nine-thousand-dollar wedding dress that I saved for. Without a groom.

I’m going to kill him.

My voice drops eerily soft. “Whatever the hell the issue is, we can deal with it tomorrow, Harold. You can’t do this to me. You get your ass to this church and you marry me.”

An epiphany? How rich. “Was it that you’re a dickhead who was going to destroy the woman who stood by you the last seven-fucking-years?”

Now I’ve heard it all. “Saving me, my ass!” I scream. “You will not do this to me. You won’t make me a jilted bride! I won’t let you.” My two best friends, Catherine and Ashton, share a look as they stand in their rose gold colored bridesmaids dresses.

Harold goes silent and then I hear someone in the back. “It’s for the better. We never should’ve done this. You’re my associate at the firm and if we do this, it will destroy both of our careers.”

A tear falls down. I’m so angry. I’m so betrayed by him. Seven years we’ve been sneaking around. I was his “Secret Slut” as I called myself. At first it was exciting. The sneaking around, late-night office romps, the little touches we’d share knowing that later we wouldn’t have to slow down.

Then it became impossible. I wanted to go to him when a case went bad, but I couldn’t because he was my boss. Gossip in the office became much more than harmless chatter, so we pulled back even more.

Finally, two months ago, he’d had enough of me complaining and threatening to end things. He proposed and said he wanted to marry me immediately. That if we were married, I could take equal part in the firm and finally stop having to hide our relationship.

My chest rises and falls because now, there’s no going back. People know. People are here to witness this, and now I’ll be the “left-at-the-alter lawyer.” 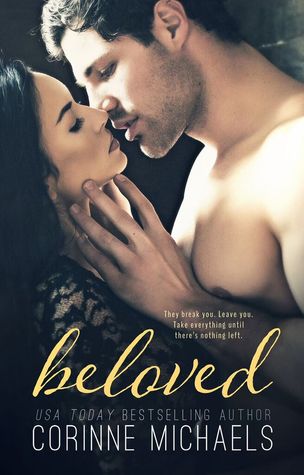 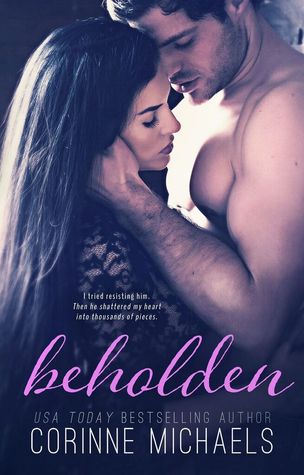 Men suck. They break you. Leave you. Take everything until there’s nothing left. And frankly, I’m done allowing them to make me feel insignificant. So, forget men. I’ll just throw myself into my job, because at least that never fails me. Jackson has other plans, though. I refuse to be impressed by his perfect body, the cute dimple on his cheek, or the rugged stubble on his face. Jackson Cole can be resisted. But, I’m only fooling myself. He’s going to wear me down. I can feel it. In the end he’ll prove that once again, I’m no one’s beloved. 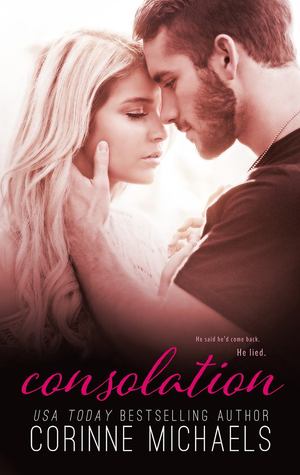 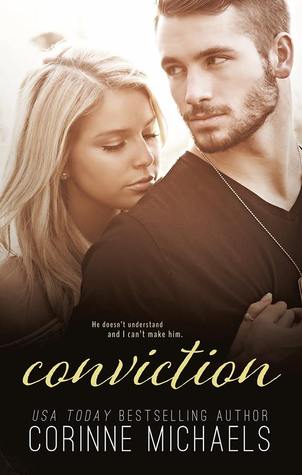 Liam wasn’t supposed to be my happily ever after.He wasn’t even on my radar.He was my husband’s best friend—forbidden.But my husband is dead and I’m alone. I ache for him and I reach for Liam.One night with Liam changed everything. Now I have to decide if I truly love him or if he’s just the consolation prize. 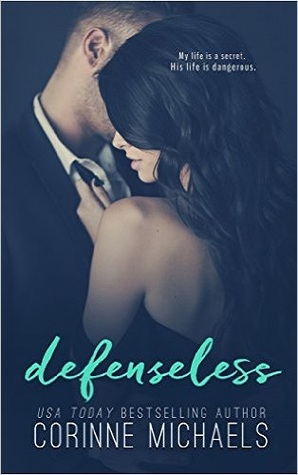 My life is a secret. His life is dangerous. We’re both stubborn, calculating, and controlling. Mark Dixon doesn’t know what he’s getting into. He doesn’t know his games could cost us our lives. I have to do what is necessary to keep us alive, and that means guarding my heart. But I know I’m defenseless against him, and in the end, he’ll force me to surrender. Corinne Michaels is the New York Times, USA Today, and Wall Street Journal Bestselling author of The Salvation Series (Beloved, Beholden, Consolation, Conviction & Defenseless), Say You’ll Stay, Say You Want Me, and Say I’m Yours. She’s an emotional, witty, sarcastic, and fun loving mom of two beautiful children. Corinne is happily married to the man of her dreams and is a former Navy wife. After spending months away from her husband while he was deployed, reading and writing was her escape from the loneliness. Both her maternal and paternal grandmothers were librarians, which only intensified her love of reading. After years of writing short stories, she couldn’t ignore the call to finish her debut novel, Beloved. Her alpha heroes are broken, beautiful, and will steal your heart.