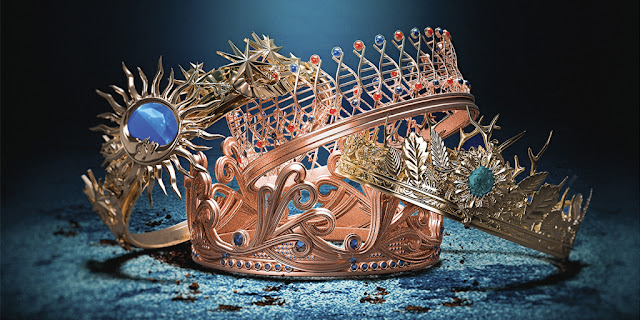 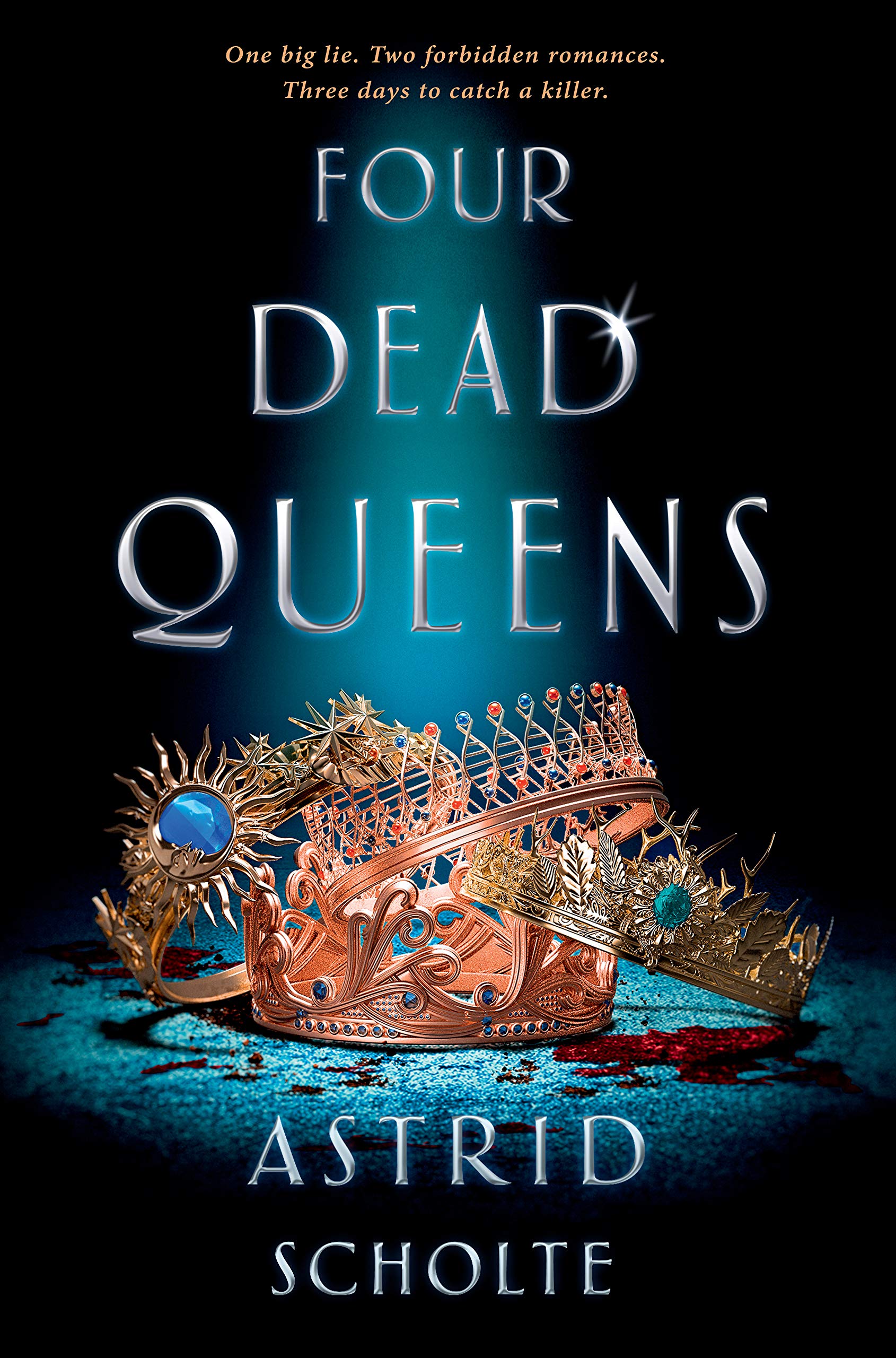 Seventeen-year-old Keralie Corrington may seem harmless, but she's, in fact, one of Quadara's most skilled thieves and a liar. Varin, on the other hand, is an honest, upstanding citizen of Quadara's most enlightened region, Eonia. He runs afoul of Keralie when she steals a package from him, putting his life in danger. When Varin attempts to retrieve the package, he and Keralie both find themselves entangled in a conspiracy that leaves all four of Quadara's queens dead.With no other choices and on the run from Keralie's former employer, the two decide to join forces, endeavoring to discover who has killed the queens and save their own lives in the process. When their reluctant partnership blooms into a tenuous romance, they must overcome their own dark secrets in hopes of a future together that seemed impossible just days before. But first they have to stay alive and untangle the secrets behind the nation's four dead queens.An enthralling fast-paced murder mystery where competing agendas collide with deadly consequences, Four Dead Queensheralds the arrival of an exciting new YA talent 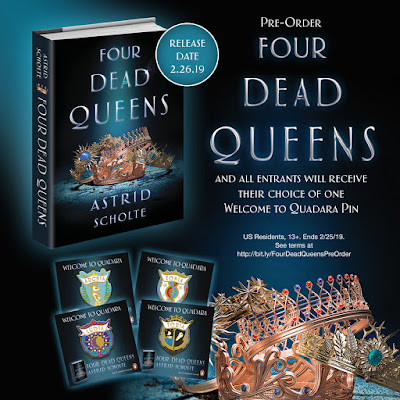 Today is the last day to submit your Pre-Order information and choose your Quadara Pin. You can take the quiz on the Penguin Teen website to determine which quadrant one you belong in. 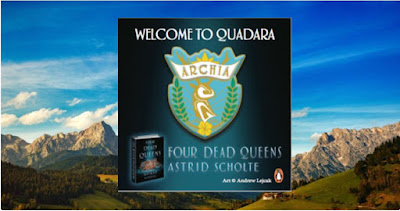 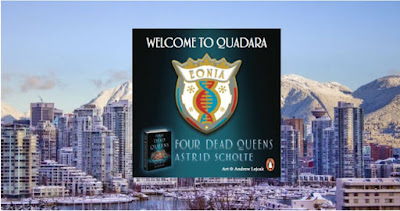 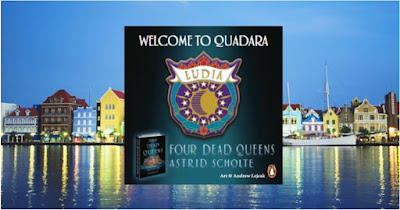 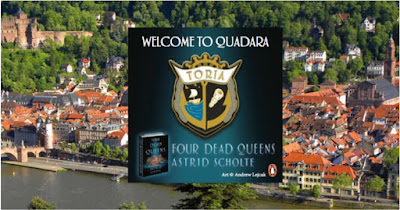 Astrid Scholte has loved telling stories for as long as she can remember, writing her first "novel" at age 5. Her desire to be surrounded by all things fantastical led her to pursue a career in the visual effects and animation industry. She graduated with a Bachelor of Arts (Hons) in Film, Media and Theatre and a Bachelor of Digital Media from the University of New South Wales and the College of Fine Arts in Sydney.

She has spent the last 10 years working in visual effects production as both an artist and an artist manager. Career highlights include working on James Cameron's Avatar, Steven Spielberg's The Adventures of Tintin and Happy Feet 2 by George Miller. She currently works as a product support manager in the entertainment industry and dedicates her spare time to reading and writing young adult fiction.

She is also a traditionally trained oil painter and enjoys painting her favorite fictional characters. She lives in Australia with her two Burmese cats among her ever-growing mountain of Disneyland memorabilia.

FOUR DEAD QUEENS is her debut novel and will be released by Putnam (Penguin Random House) on the 26th of February 2019 and with Allen & Unwin on the 4th of March.