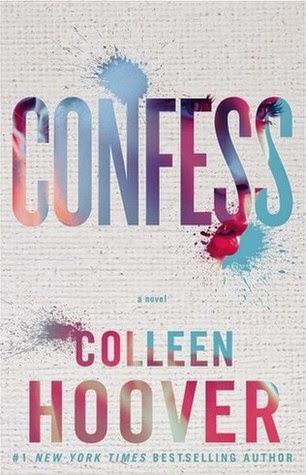 From #1 New York Times bestselling author Colleen Hoover, a new novel about risking everything for love—and finding your heart somewhere between the truth and lies.

At age twenty-one, Auburn Reed has already lost everything important to her. In her fight to rebuild her shattered life, she has her goals in sight and there is no room for mistakes. But when she walks into a Dallas art studio in search of a job, she doesn’t expect to find a deep attraction to the enigmatic artist who works there, Owen Gentry.

For once, Auburn takes a chance and puts her heart in control, only to discover that Owen is keeping a major secret from coming out. The magnitude of his past threatens to destroy everything important to Auburn, and the only way to get her life back on track is to cut Owen out of it.

To save their relationship, all Owen needs to do is confess. But in this case, the confession could be much more destructive than the actual sin.

The excitement when I heard about Confess was undeniable. Colleen has quickly become one of my favorite authors and I don’t even think twice when pre-ordering a new title as soon as it's announced.

The only reason I’m giving Confess 4 1/2 stars is because Losing Hope remains my favorite CoHo book and that was a 5 star review.

Confess is  powerful from the very beginning, and when I say very beginning I mean that I wasn’t in 10 pages and I was already bawling. The circumstances surrounding Auburn and the magnitude of her loss is really more than any 15 year old should bear.


Let me start by saying that I did Confess on Audible because Elizabeth Louise and Sebastian York narrate it and they are my absolute favorites! If you have already read Confess and ever feel like re-reading I would highly recommend doing it in audio version.

I have to say that I was intrigued by Confess from the moment I read the synopsis and within the first few pages I just knew I wouldn’t be able to put this book down. The whole idea of people having submitted anonymous confessions to Colleen was very interesting to me.
Just the confessions alone gave this book depth others don't have, some of these came from what you could tell were tortured consciences, but they were powerful truths that would not otherwise be spoken out loud. 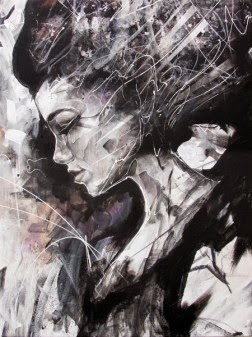 "Sometimes I wonder if being dead would be easier than being his mother."

Confess was so much more than I was expecting it to be, I was able to connect with Auburn in a level that blindsided me and I’m sure many, like me, will find this to be the case. I can’t elaborate on exactly what were the circumstances that made me identify with her because it truly was an unexpected turn of events, and I would like to keep this review spoiler free :D

Auburn just moved to Texas to start a new life and is struggling to make ends meet. One night coming back from work she stumbles upon this building and this boy, and little did she know it would be more trouble than she needed to find yet at the same time he would be exactly what she needed.
Owen is an artist, but what he paints is unusual, his inspiration comes from other people’s deepest secrets, left as anonymous confessions in a small mailbox outside his door. The night Auburn shows up at his door, Owen desperately needs help with a gallery showing and he convinces Auburn to stay and work the register for him. What Owen doesn't tell her is that he already knows who she is.

“She would be shocked if she knew how much of her past has affected my present, which is why I won’t be sharing the truth with her. Some secrets should never turn into confessions.”

Auburn is immediately drawn to Owen, because let’s face it, who wouldn’t be attracted to a young, hot talented artist? They both walk into this knowing the attraction is strong and that they would fall for each other yet they are both hiding big secrets and as secrets often do, they will surface later, and bring everything crumbling down.

“I’m losing track of the lies I’m telling her, and lying to someone like her isn’t normally something I would do. But I don’t know how to tell her the truth…

Colleen never seizes to surprise me, Confess is unique in the story, in the depth of the characters yet always true to her style they are also very relatable, you feel for both Auburn and Owen. There were times I was swooning, others where the anxiety level was through the roof and a few others where I was just plain pissed, because the circumstances were just so unfair, but I guess life isn’t fair sometimes, and Colleen didn’t have any problems reminding us of that.
As I mentioned earlier, there is one more element in the story that’s a major game changer and I hope it catches you as off guard as it caught me. 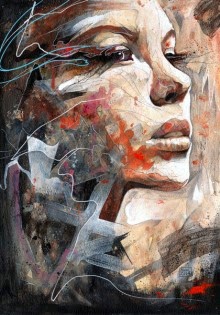 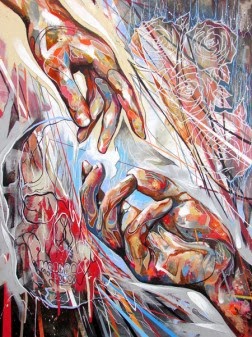 Collen most definitely hit this one out of the ballpark. A book I will always recommend as meaningful reading with a lesson to be learned. By the time I finished reading Confess my book looked like a rainbow of colored tags because you could find a quote to want to remember pretty much in every other page.

You can order Confess in paperback, ebook and audio.

Prints by Danny O'Connor inspired by Confess available for purchase here
I'm proud owner of three of these and they are absolutely beautiful, and once you read Confess you will definitely want to own them as well.