Review: BEFORE by Anna Todd (After #5) + GIVEAWAY 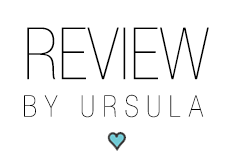 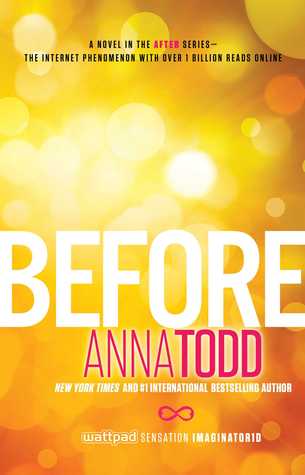 BEFORE Hardin met Tessa he was a raging storm. DURING those first moments they met, he realized he needed to keep her for himself—his life depended on it. AFTER they got together, the world would never be the same.

Hardin and Tessa’s dramatic love affair became a vortex pulling in everyone around them. For the first time these others are given voice as they appear before, during, and after the events in original After novels. Alongside them, Hardin’s account of his first encounters with Tessa—which will change what you thought you knew about the brooding boy and the angel who loved him.

DISCLAIMER: BEFORE is the 5th book in the AFTER series, and I 100% recommend you finish reading all 4 predecessors. BEFORE is a retelling of some of the scenes in AFTER but also contains POVs from other characters in the series that disclose things that happen only in later books.

Check out my review for the previous 4 books:
AFTER
AFTER We Collided
AFTER We Fell
AFTER Ever Happy

Welcome back to the roller coaster of emotions

When BEFORE was announced, it felt like early Christmas!

We get to see inside Hardin’s head in 3 of the 4 prior books but we don’t in AFTER, and I would be lying if I said that there weren’t countless times that I felt like screaming “Hardin what were you thinking!??!”

Well now we do, we get to see what was going on in his head!
BEFORE is so much more than just a retelling. Yes we definitely get some of AFTER told in his point of view but we also take a look into the past and the future and we also hear from some of the other characters, and some things we learn just make so much sense when considering what we already know. That was one of the surprising parts in BEFORE, I didn't think I could hate Stephanie any more than I did, but after being in her head I was proven wrong, the same with Molly but in reverse.

In AFTER we see how Hardin wreaks havoc in Tessa's life and now we have the chance to see how she turned his world upside down.
“She was strategically placed at Washington Central by someone or something more powerful than him --- to taunt him. He – or it – knew who he was, the kind of person he was known for being, and he had an agenda. He was set to steal another innocence, to ruin another girl’s life.”