Waiting on Wednesday + Map Reveal: ALL THE STARS AND TEETH by Adalyn Grace

Happy Wednesday! What books are you dying to get your hands on in 2020?

One of the titles we can't wait to read is, ALL THE STARS AND TEETH by Adalyn Grace, a debut novel releasing February 4th from Imprint/FierceReads.

Set in a kingdom where danger lurks beneath the sea, mermaids seek vengeance with song, and magic is a choice, Adalyn Grace’s All the Stars and Teeth is a thrilling fantasy for fans of Stephanie Garber’s Caraval and Sarah J. Maas’s Throne of Glass series.She will reign.As princess of the island kingdom Visidia, Amora Montara has spent her entire life training to be High Animancer—the master of souls. The rest of the realm can choose their magic, but for Amora, it’s never been a choice. To secure her place as heir to the throne, she must prove her mastery of the monarchy’s dangerous soul magic.When her demonstration goes awry, Amora is forced to flee. She strikes a deal with Bastian, a mysterious pirate: he’ll help her prove she’s fit to rule, if she’ll help him reclaim his stolen magic.But sailing the kingdom holds more wonder—and more peril—than Amora anticipated. A destructive new magic is on the rise, and if Amora is to conquer it, she’ll need to face legendary monsters, cross paths with vengeful mermaids, and deal with a stow-away she never expected… or risk the fate of Visidia and lose the crown forever.I am the right choice. The only choice. And I will protect my kingdom.

“Beautiful and bloody. Vicious and charming. Dark and romantic. Let All the Stars and Teeth ensnare your heart and soul.” —Astrid Scholte, Four Dead Queens 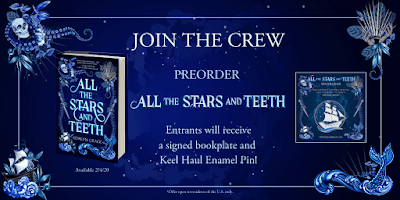 Adalyn revealed the full map for Visidia on her Instagram yesterday. Stop by her IG page or the visit the official Fierce Reads Map reveal to learn a little bit more about the world from ALL THE STARS AND TEETH! 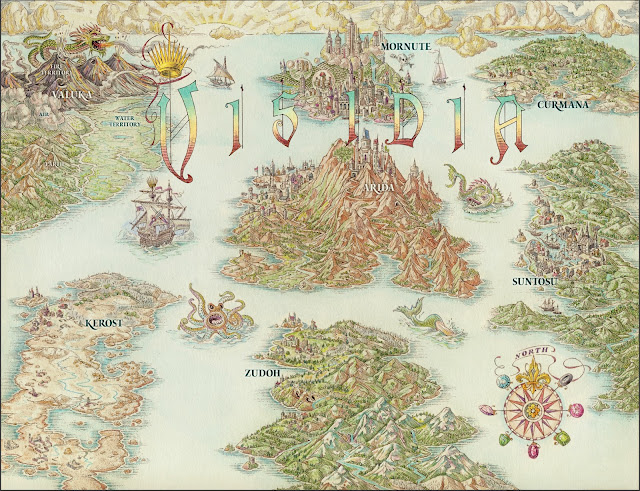 “Debut author Grace wields her own magic with a skillful balancing act between high-stakes adventure (here there be monsters, mermaids, and high-seas shenanigans), bloody fantasy, and character development in a story with a lovable found family at its core . . . An accomplished, exciting debut.” – Kirkus

Adalyn Grace graduated from Arizona State University when she was nineteen years old. She spent four years working in live theater and acted as the managing editor of a nonprofit newspaper before studying storytelling as an intern on Nickelodeon Animation’s popular series The Legend of Korra.
Adalyn splits time between San Diego and Arizona with her bossy cat and two dorky dogs, and spends her days writing full-time while trying to find the best burrito around. All the Stars and Teeth is her debut novel.