Release Day + Dual Review: COME BACK FOR ME by Corinne Michaels 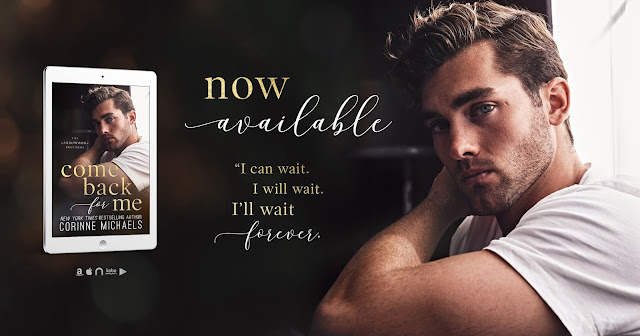 Come Back for Me, an all-new emotional and riveting standalone from New York Times Bestselling author Corinne Michaels, is LIVE! 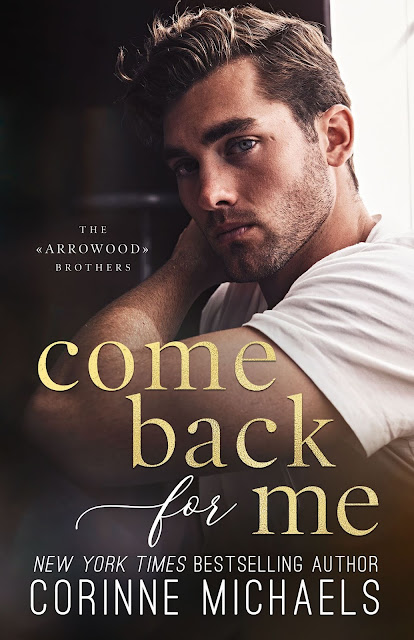 One night, eight years ago, she gave me peace.
No names.
No promises.
Just two broken people, desperate to quiet their pain and grief.

In the morning, she was gone and had taken my solace with her. I left for the military that day, vowing never to return to Pennsylvania.

When my father dies, I’m forced to go home to bury him. At least I'll finally be rid of his farm, which is grown over and tangled with memories I've fought to forget.

And that’s when I find her. She’s even more beautiful than I remember and has the most adorable kid I’ve ever seen.

Years have passed, but my feelings are the same, and this time I refuse to let her go. They say you can't bury the past, and they're right. Because when long-ago secrets are exposed, rocking us both to the core, I have no choice but to watch her walk away again . . . 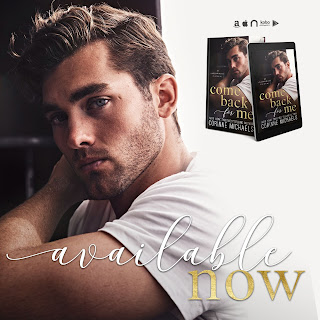 Anything Corinne puts her words into, I want it. I want to read it and devour it. I know it will be something special. She has mastered the art of tearing my heart out, causing aching painful tears, but always piecing me back together one by one. And when I heard she was putting out a new book, I was sold. I just knew it was going to be amazing and let me tell you, it was more than amazing. It's a heartfelt, gorgeous read. That will leave you breathless.

"I want to be the man who makes my angel look like she could fly. Her wings may have been broken years ago, but I'm really good at restoring things."

Come Back For Me follows the story of Connor and Ellie. These two had a chance encounter eight years ago, that left them wondering if their one night together was even real. Now Connor is leaving the Seal Team and wondering what he is going to do with his life now. But when his brother tells him his father has died, they all have to go back to Sugarloaf to settle his affairs and it's the last thing any of them want to do.

But the last thing Connor expects to find is her. His angel. The woman he's thought about countless times...that only haunts his dreams. But here she is in the flesh. But Ellie is married and has a kid. Strictly off limits. Connor can't help his feelings though. She practically saved him in the war and he never even knew he name. Now that he knows her name and is in fond of her little girl, he knows he won't be able to stop his feelings from crashing back.

"You' re everything I remembered and nothing I was prepared for,"

This book is ughhh! Perfection! It's hard to even put it into words. I read this book in practically one sitting, (thank you flight delays) and it was just simply gorgeous! Definitely one of my favorites of hers. And I can't wait to devour more of the Arrowood brothers books!

"I've lived my entire life based on trusting my instincts."Corinne is one of my auto buy authors. I've read everything she's written (often more than once). She knows how to hit you in the feels. I hate saying goodbye to one of her series because I never want to let those characters go. The work their way into my heart through her words. If you are familiar with her other characters/books you will find some fun Easter eggs that made me squeal!"Safe. It's a word I've taken for granted so many times."Every time I meet one of Corrine's leading men I think to myself "She can't possibly top [insert last male MC]." Yet here we are and she's done it again! I fell utterly and completely in love with Connor Arrowood. He is kind, patient and will make you weak in the knees. In true Corinne fashion this story packs an emotional punch (view spoiler). She had my heart racing so bad! Like my hands were shaking with anxiety. What would you do if the only way to gain your inheritance is to return to the place of your nightmares?"I knew that coming back here would resurrect a lot of ghosts from my past, I never thought it would collide with my future."I have been in a major reading slump for months. COME BACK FOR ME immediately sucked me in and I finished it in a matter of days. If you read fast, I do not, you can probably read this book in one sitting. It's that hard to put down. Readers who know Corinne's writing may be scared to start this one. You can rest assured that it does NOT end on a cliffhanger. Similar to her Hennington brothers in the Return to Me series, each novel is a complete standalone."I've seen monsters, and I've lived in nightmares. You aren't either."This book had everything I love about a Corrine Michaels book. You won't be disappointed. Also.... I need Declan's book, IMMEDIATELY! Seriously, I am willing to be borrow, and steal (not steal... okay, maybe steal) to get my hands on Dec. Ooops!!! I mean on Fight for Me....the Arrowood brothers never break promises to each other. 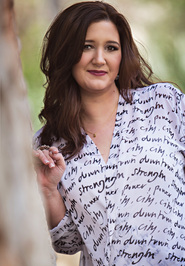 Corinne Michaels is the New York Times, USA Today, and Wall Street Journal Bestseller author. She’s an emotional, witty, sarcastic, and fun-loving mom of two beautiful children. Corinne is happily married to the man of her dreams and is a former Navy wife.

After spending months away from her husband while he was deployed, reading and writing was her escape from the loneliness. She enjoys putting her characters through intense heartbreak and finding a way to heal them through their struggles. Her stories are chock full of emotion, humor, and unrelenting love.

Email ThisBlogThis!Share to TwitterShare to FacebookShare to Pinterest
Labels: brie, come back for me, come back for me by corinne michaels, Corinne Michaels, fight for me, release day, review, review by Brie, review by Taylor, standalone, taylor, the arrowood brothers