Today we have the blog tour for Tuck Me In Tight by Jennifer Rebecca! Check it out and be sure to grab your copy:

Title: Tuck Me In Tight

George Washington Township, New Jersey has been relatively quiet ever since it was turned upside down following a high profile kidnapping. During the lull in excitement Detective Claire Goodnite has enjoyed being in the love bubble with the sexy SAIC Wesley O’Connell.   Never fully believing that she was capable of a committed relationship—with Wes or with anyone—leaves Claire feeling undeserving of the elusive happily ever after. She has never let herself enjoy what was within her grasp . . .   Until a string of murdered women dressed and posed like sleeping dolls shakes the very foundation of everything Claire thought she knew. Particularly when the only connection to be found between the three victims is the man who finally stole her heart for keeps, Wes.   But it’s like she always said, she’s bad at love.

Get your copy today!

Hey all, my name is Jennifer Rebecca and I write romantic comedy, contemporary romance, and romantic suspense or mystery. My new book, Tuck Me in Tight, follows and New Jersey detective as she looks for a serial killer while balancing a fairly new relationship with a sexy FBI agent.

Tuck Me in Tight is the second book in a four book series that will follow Detective Claire Goodnite and while each story has its own mystery that is uncovered by the end of the book, there is an overall mystery of Claire’s own disappearance when she was six years old will be uncovered over the course of the four book series. I like to think of it as Veronica Mars for grownups. (I love me some Veronica Mars, don’t judge) Fun Fact: Veronica Mars was filmed in San Diego County where I grew up. Some of the later episodes where filmed on my college campus, Cal State San Marcos, although they used the famous bell tower from San Diego State.

Like I said, I’m a San Diego girl who found herself living in the wilds of East Texas with three kids (two of which are twins, all of which are within a year apart in age. We’re crazy like that.), two and a half giant dogs (Flapjack is the baby at 40lbs.), four spoiled cats, and the bearded sailor who stole my heart. This last year, my parents left California and moved around the corner so we’ve added two senior citizens to the mix and I couldn’t be happier. I love to write, read, paint, and spend time with my family. 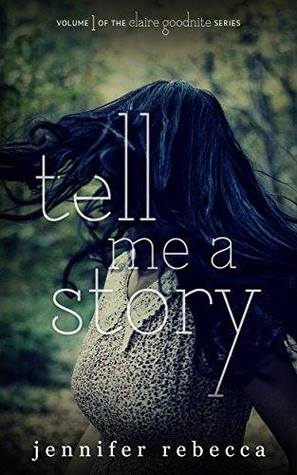 Catch up on the series:

Jennifer is a thirty something lover of words, all words: the written, the spoken, the sung (even poorly), the sweet, the funny, and even the four letter variety. She is a native of San Diego, California where she grew up reading the Brownings and Rebecca with her mother and Clifford and the Dog who Glowed in the Dark with her dad, much to her mother’s dismay.   Jennifer is a graduate of California State University San Marcos where she studied Criminology and Justice Studies. She is also an Alpha Xi Delta. 10 years ago, she was swept off her feet by her very own sailor. Today, they are happily married and the parents of a 8 year old and 6 year old twins. She can often be found in East Texas on the soccer fields, drawing with her children, or reading. Jennifer is convinced that if she puts her fitbit on one of the dogs, she might finally make her step goals. She loves a great romance, an alpha hero, and lots and lots of laughter.

a Rafflecopter giveaway
Posted by Brie at 8:00 AM