Today is the release day blitz for THE RUIN OF THE WORLD by Nazarea Andrews. This is the fourth and final installment in The World Without End series. Don't miss this exciting conclusion, be sure to enter to win a zombie prize pack below, and play our quiz to find out which character from the series you would be during a zombie apocalypse! And, if you're heading to RT Convention this week, be sure to find Nazarea and say hi! (We'll be there too! yay!)

THE RUIN OF THE WORLD Synopsis:

When the zombies rose, we thought the world ended. It didn’t—it just broke, in a way we couldn’t fix. And we found ways to continue, reasons to fight. Faith. Family. Politics. Obsession. The most dangerous of all—hope. But when all of that is stripped away, and nothing remains but rage and betrayal—that is the true end of the world.

Return to the World Without End, for a final battle for hope and survival in the exciting conclusion to Nazarea Andrews’ phenomenal series.

I have little left in life. Little that matters. Kelsey has been lost to me for almost a decade, and I have turned away from every door my family name might open. Even places where I could be accepted because of my prestige and the dubious favor of 1, it’s not real. The favor is bought with blood and people are fickle. So fucking fickle. The man I called brother is dead, his ashes scattered across a nameless desert, a thousand miles in my past. Even that has been taken from me. And I accepted it. I accepted every fucking thing, adapting and moving forward. Because that’s what you do. You move forward, and you adapt and you fucking get on with it, because the alternative is no better than death. I don’t know how to move on from this. I don’t know how to let go of the only thing that matters. What is the only thing that matters? She always gave the answer I demanded, the one that hid the truth. The one that framed it in a way that made her comfortable and able to accept me. I can see her now, the annoyance and the desire she tried to fight, the resignation, the fierce hope. What is the only thing that matters? Her.

PURCHASE THE PREVIOUS BOOKS IN THE SERIES

THE WORLD WITHOUT A FUTURE (book #1) 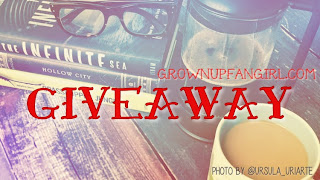 AUTHOR INFORMATION: Nazarea Andrews is an avid reader and tends to write the stories she wants to read. She loves chocolate and coffee almost as much as she loves books, but not quite as much as she loves her kids. She lives in south Georgia with her husband, daughters, and overgrown dog.