It's a Beth Crowley Giveaway! 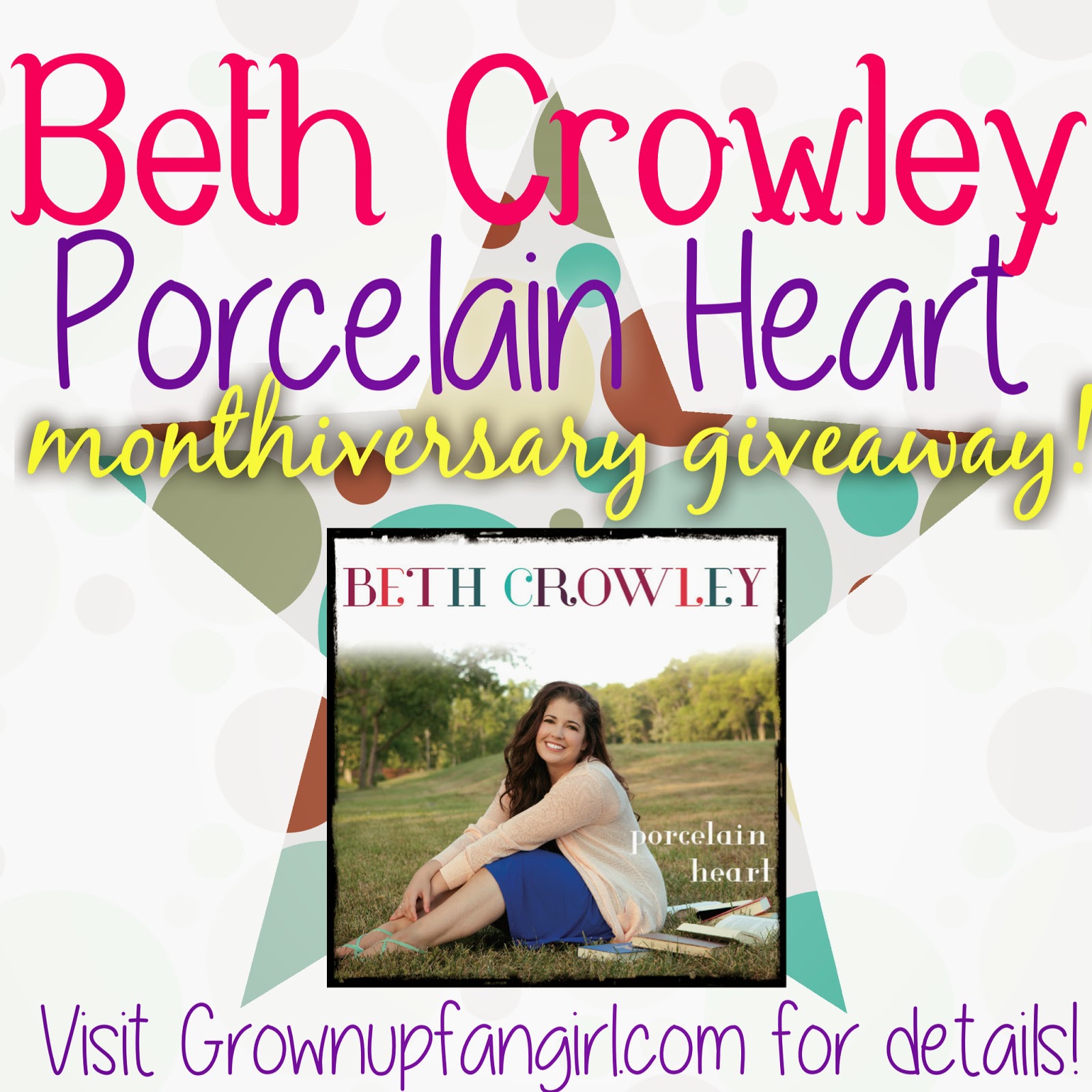 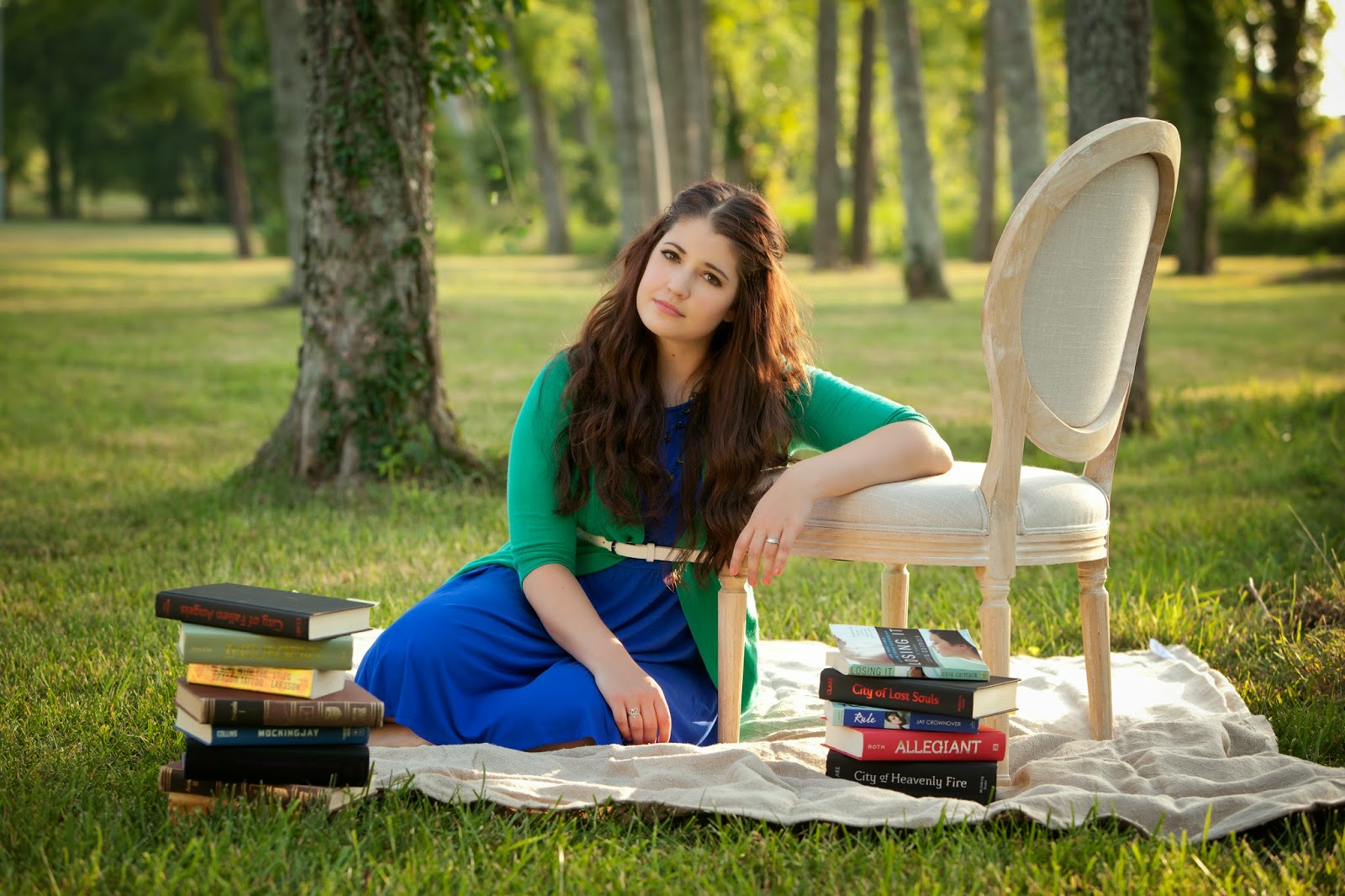 Books and music go hand in hand - that's why you'll see me posting playlists to books and musical spotlights every now and then. Today's post is really special to me though, because it's a post to celebrate the fact that my dear friend Beth Crowley's album has been out in the wide world for a whole month! Holy Cow!

Many of you know that through books we often meet great people who become lifelong friends. One of those friends for me, is Beth Crowley. Many of you know her as "the Warrior girl" because she released a track titled "Warrior" in which many of you thought should've been on the soundtrack for The Mortal Instruments: City of Bones. (I thought it should've been there too.)

Beth wowed us again with her track based on John Green's The Fault In Our Stars, and again with tracks based on novels like The Hunger Games among others. 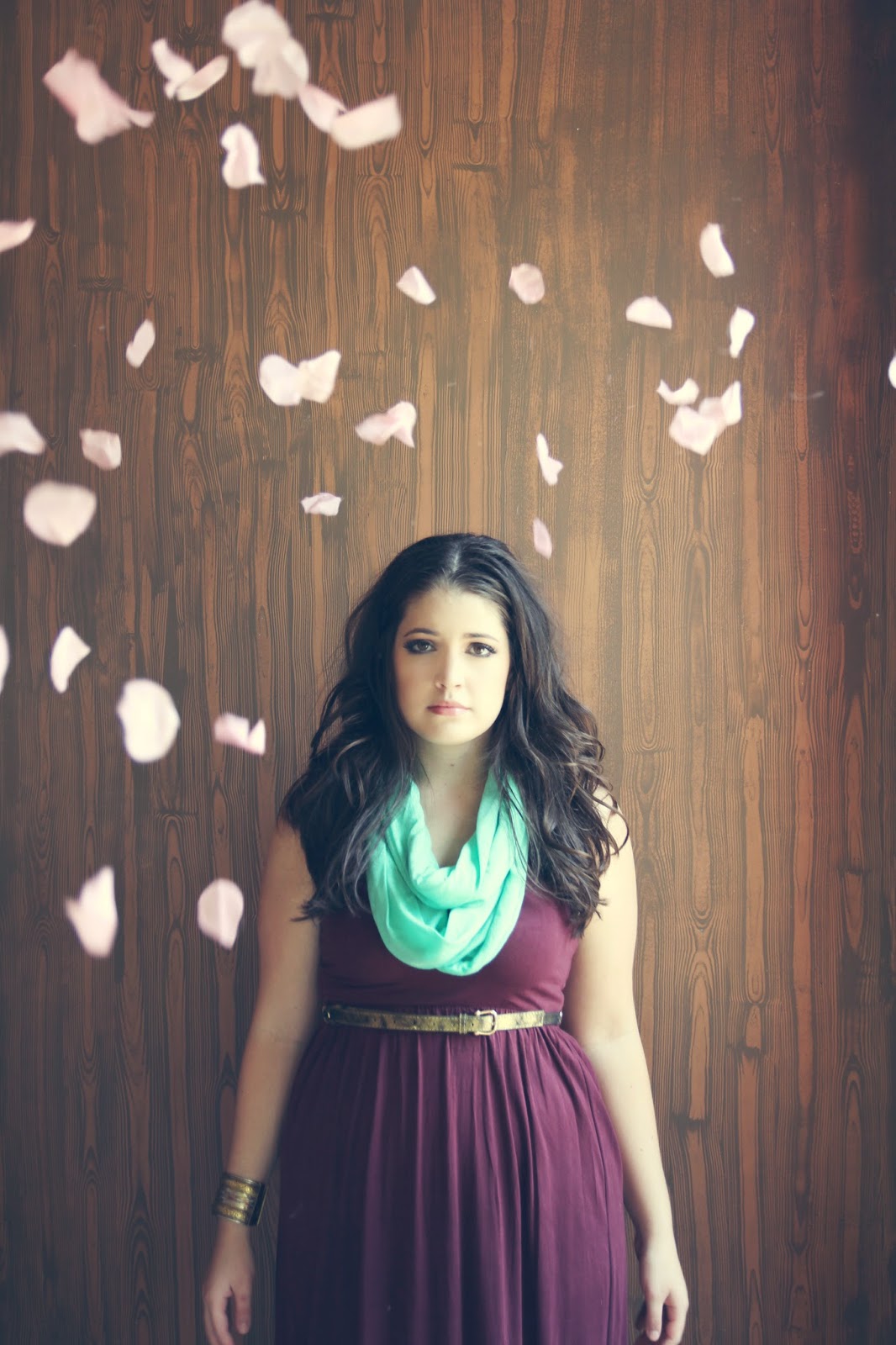 Finally, after many long hard months of a kickstarter campaign (in which YOU GUYS funded her album. WHOA!) and the actual recording of the album, Porcelain Heart is here. Not only is Beth Crowley's debut album here, but it's been here for a whole month. It's a month-a-versary!!

So, if you've not heard the album, or maybe you only have the album on itunes and you want a physical copy... a signed copy... a personalized copy... then now is your chance.

Because Beth LOVES grownupfangirl and you guys who follow grownupfangirl, she's giving away TWO signed copies of the album to you guys, just to celebrate the month-a-birthday (haha) of Porcelain Heart!

If you wanna know more about Beth, check out the Q&A we did with her back in February of this year by clicking here. 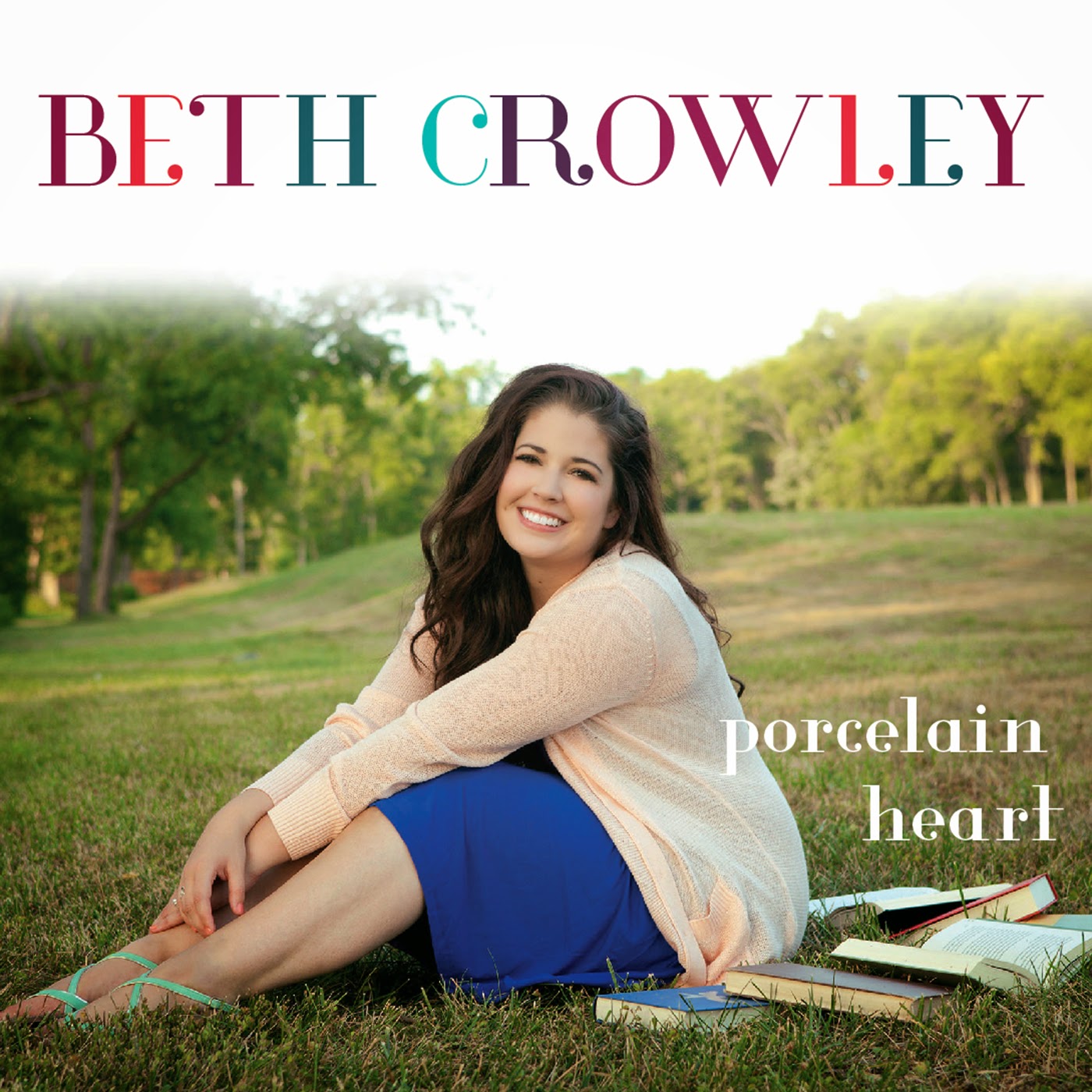 Beth Crowley | Porcelain Heart
Since 2011, Beth Crowley has built an active fanbase of almost 16,000 subscribers on YouTube with her original music.  Many of her songs center around Young Adult novels, causing listeners and readers alike to embrace this unique musical perspective.  Her most successful song, “Warrior,” has garnered over 825,000 views for its official lyric video on YouTube and more than 250,000 monetized streams and downloads.  “Warrior,” which is based on The Mortal Instruments series by Cassandra Clare, has even been recognized by the author herself.
In March 2014, Beth launched a Kickstarter campaign to raise the funds to make an EP.  She almost doubled her original goal with the help of nearly 100 backers and released her debut full-length album, Porcelain Heart, on September 2nd, 2014.  Between Kickstarter backers and preorders for physical copies of the album, Porcelain Heart was mailed to fans in 16 countries and 27 states.
Each song on Porcelain Heart tells a story, from the driving bass and hesitantly brave lyrics on “Make Me Yours” to the sorrow in the exchange between vocalist and fiddle in “This Goodbye.” No topic is off-limits, as illustrated in the powerful but optimistic story about depression in “2007.”

The response to Porcelain Heart being overwhelmingly positive, and fans are already clamoring for new music from Beth. With upcoming songs based on Harry Potter, City of Heavenly Fire, and more, Beth is ready to deliver.

a Rafflecopter giveaway
Posted by -Amber N. at 1:00 AM