Are you a fan of John Green, Jandy Nelson, David Levithan, or Rainbow Rowell?
Then just go ahead and click here to pre order Magnolia by Kristi Cook. I promise you won't be disappointed.

Kristi Cook hails from Mississippi, she went to the same university I did, (Southern Miss To The Top!) and even did a stint at LSU (Geaux Tigers!) even though she's a hardcore Alabama football fan. I fell in love with Kristi's writing after I read her Winterhaven series for review way back when I first started GFG. (You can find those reviews here and here.) I say all this to tell you that though she's in NY now, she's still a Mississippi girl at heart, and this new book, Magnolia - scheduled to release this August, proves it! 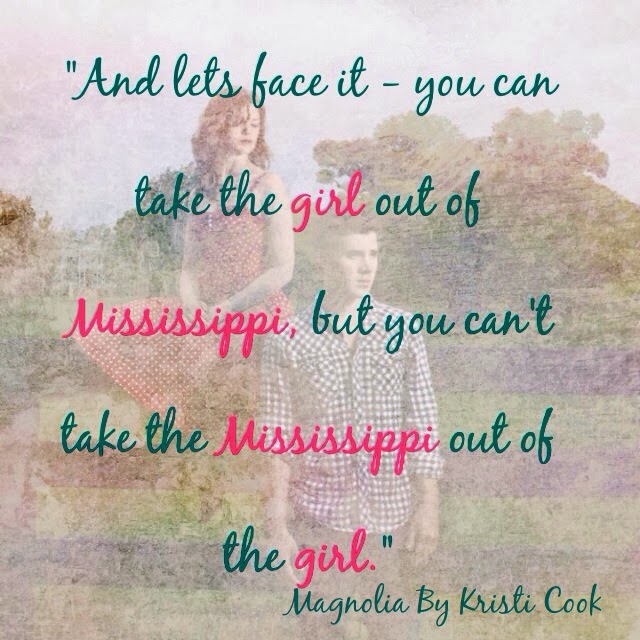 Only a true Mississippi girl could build a world that transports you right to those hot, humid, August days, complete with hurricanes, Ole Miss boys (just trust me, they're one of a kind), football, and even snakes (yucko. seriously. my fear of them is so legit.) The world building in this book is just so, so... so good. It honestly is one of the best I've EVER read. Part of that is probably because I can see it so clearly, because I grew up there, but a lot of it - a huge portion of it - is that Kristi is just amazing at describing her scenery without going over the top and boring you to death. (like, okay.. we get it. the room was white and had a clock and some pictures.. let's move on... that kinda stuff drives me craaaazzzyyyyy.)

There's no over the top descriptive scenes here, but you'll feel like you're standing in the middle of Jemma's old home that's been added to so many times that they've lost count, or in the middle of Ryder's pristine home that's so old, and so immaculate that you feel like you're in a civil war museum. (Can we just stop and talk about how I really want one of the "sleeping porches" Jemma's house has? The Jealousy is real people.) Jemma and Ryder grew up together. Their families are like BFFs.. forever and ever, and since way back when. Some of you are thinking "oh wow that just sounds like the perfect set up for a love story!"... except, in the south, it's so common that when I read it, I automatically thought of at least 3 friends I knew with the same type of family dynamic... and let's be honest, who wants to fall in love with someone they were "born to love" or someone who feels like their brother? Not I, said the cat! (the cat is me.. FYI).

So don't go thinking that the set up is perfect and therefore this book has to be just so typical and boring. It's not. Jemma and Ryder hate each other... and Jemma has her sights set on being a little rebellious. What happens when Jemma starts dating the bad boy of their small town and begins to lose everything, one roof shingle at a time? You guys know I don't do spoilers, so to find out, you'll have to pick it up this August (or pre order it now.) But I will say this. If you love hot boys, southern accents (seriously we don't have them, but okay I'm just fooling myself), and love.. the kind of love that stops you cold in your tracks and keeps you up at night... then make sure you check out Magnolia.. and let me know what you think when you get your hands on it!

Use the Rafflecopter below to enter to win some Magnolia swag signed by Kristi Cook. I'll pick 3 winners, and it's international! Good Luck. 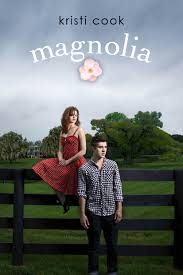 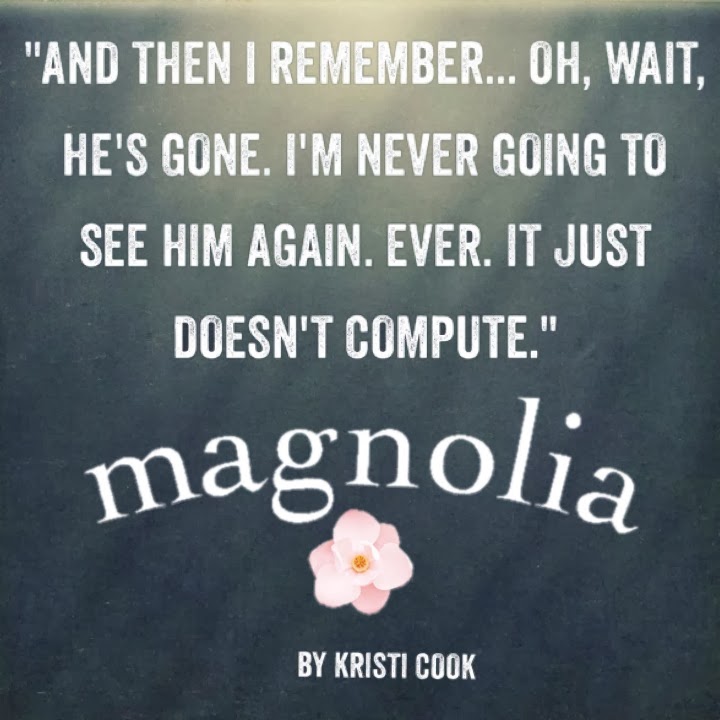