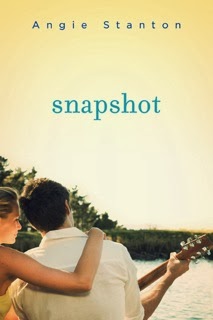 I'm very lucky to have gotten to read Snapshot by Angie Stanton before it releases with it's NEW cover under HarperCollins! The re-release with the new covers for the series is TODAY, Sept 24! You guys may have read the review of the first book in the series that I did - A Rock and A Hard Place. If not, you can check it out HERE.

Snapshot is the second book in the Jamieson Brothers Collection. We met Peter and Libby in book one and in this book we meet Adam and Marti (plus we get to check in on Peter and Libby... awwww). I gotta say that when I first dove into this book I wasn't expecting a lot in the romance section. I mean, Adam is the youngest brother in the Jamieson Brothers boyband, so what could he possibly get into that would stir up the feels? Right? Wrong. Way wrong. There were parts of the book that I can honestly say I saw coming.... on the other hand, there were parts of the book that blew my mind. I like that. It's kinda like life. Way unpredictable.

Anyway, so Adam gets himself into a bit of trouble.. and Marti isn't exactly an innocent bystander in that trouble. They face a world of challenges together and learn all about love and life together. The book speaks volumes to kids and young adults who just want someone to understand that they deserve a voice, just like anyone else. It speaks to the young soul in me who will always believe in young love. Check it out. I'm especially talking to all you directioners and boyband fans. Everyone loves a good rocker though. A boy with a guitar? Not much better than that if you ask me. You won't be disappointed in this sequel! Enjoy! 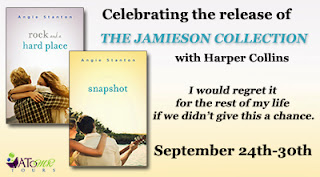 Check out this excerpt from Snapshot to get your blood pumping.
"Adam called his brother. Peter picked up on the third ring. “What’s up? What’s lured you away from making candles in the sand? Don’t tell me. Since the girls don’t know who you are, they’ll have nothing to do with you?”
“Not exactly. See, there’s this girl, and…”
“Hey Libby, Adam’s got a girl!” Peter yelled, ignoring Adam.
“Way to go Adam!” Libby called back. “Don’t break her heart.”
Adam shook his head. Calling Peter was probably a mistake.
“So what’s the problem?” Peter asked. “You finally get a girl alone and you don’t know what to do with her?”
Adam rolled his eyes. “No, she has this huge issue with musicians. Let’s just say she hates us all. How do I get her to stop hating me?”
“You know what they say,” Peter said. “There’s a fine line between love and hate.” " 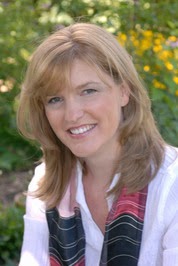 About the Author: Angie Stanton never planned on writing books, she wanted to be a Rockette. However, growing up in a rural setting with her brothers' 4-H pigs as pets, dance didn't work out. Instead she became an avid daydreamer. After years of perfecting stories in her head she began to write them down and the rest is history.
She loves dipping french fries in chocolate shakes, all natural disaster movies and Broadway Musicals. When not writing, Angie is concocting ways to make more dreams come true, whether it be tickets to a Broadway show or convincing her family they should rent an RV and travel the country. She's still working on that one.
Angie is a proud double finalist of the 2011 National Readers Choice Awards for Love 'em or Leave 'em, as well as a finalist for the Golden Quill Awards.

Marti Hunter hates rockers and anything remotely related to the rock-and-roll lifestyle. She thought she’d left that all behind, along with her drug-addicted mother and absent-minded rock legend father. Now she lives with her grandmother, and Marti’s life is finally normal. Just the way she likes it.

For Adam Jamieson, normal is not possible. He is the genius guitar player of the band Jamieson. He’s ecstatic to finally get a two-week break from his micromanaged life and a chance to hang with regular teens. Adam’s shaving off his trademark curls and going undercover.

But when Marti, the reluctant rock princess, and Adam, the undercover guitar wizard, meet, sparks fly in more ways than one. They spend their time alternating between making out and driving each other crazy. But their summer adventures of skinny dipping, storm watching, and stolen kisses are brought to a halt when tragedy strikes.

Suddenly, they’re on opposite sides of the country, just when they need each other the most. Can Marti survive life with her dad and his vicious girlfriend? Will Adam get so fed up with his over-managed life and controlling parents that he quits the band?

Snapshot. A moment in time that changes two people forever. 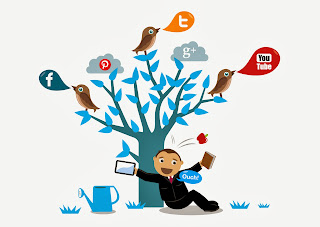 Buy The Book:
Barnes and Noble
Books A Million
Amazon

This Tour sponsored by: AToMRTours