Release Day + Review: ONCE A KING by Erin Summerilll 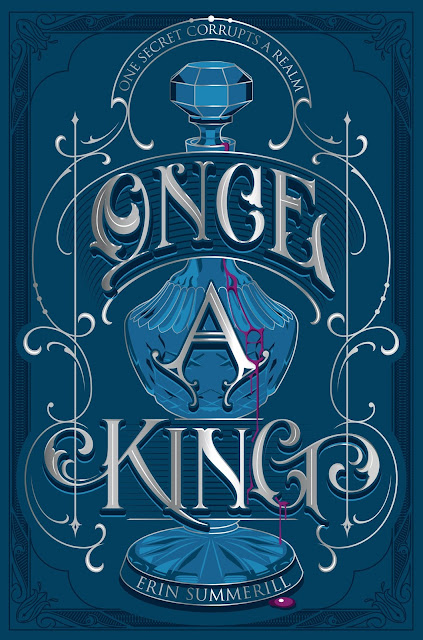 Aodren: A lonely, young king, searching for a way to dismantle his father’s dark legacy.

Lirra: A girl with the power to control the wind, torn between duty and following her dreams

For twenty years, Channelers—women with a magical ability—have been persecuted in Malam by those without magic. Now King Aodren wants to end the bloody divide and unite his kingdom. But decades of hatred can’t be overcome by issuing decrees, and rumors of a deadly Channeler-made substance are only fueling people’s fears. Lirra has every reason to distrust Aodren. Yet when he asks for help to discover the truth behind the rumors, she can’t say no. With Lirra by his side, Aodren sees a way forward for his people. But can he rewrite the mistakes of the past before his enemies destroy the world he’s working so hard to rebuild?

FIVE STARS! You know those books where you enjoyed them so much and then a sequel or spin off comes out and you think to yourself "there's no way this can meet my expectations"? Well that was me when I heard that the Clash of Kingdoms series was getting another book. I was both excited and nervous to read it. I'm not going to lie, I basically begged for an early copy of the book. Like I said, I loved the first 2 and couldn't wait to read ONCE A KING. Nerves and all! The publishers were gracious enough to send and advance copy in exchange for an honest review."If you want to bring about change, all you need to be is a voice. A voice loud enough to start a storm." Aodren was one of my favorite characters in the Ever the Hunted/Brave books and I was thrilled to find out he would be getting his own story. ONCE A KING picks up shortly after the ending of Ever the Brave. Still adjusting to his new leadership role as king of Malam, Aodren has a lot to learn. All the kingdoms gather for The Tournament of Champions, hostility rises when the kingdom is plagued by a dangerous and sometimes deadly drug, created from magic, known as Sanguine. A drug that is supposed to have extraordinary healing properties. Aodren, requests the help of Lirra, the archtraitors daughter and a Channeler, who may have valuable information. I found the tension, witty banter and relationship between the new king and Lirra to be quite entertaining. Lirra holds a grudge against King Aodren for the sins of his father, while Aodren is simply trying to right all the wrongs done to her and others like her."There isn't one of us whose kingdom has a spotless history. My people's shame is merely more recent." ONCE A KING is a story in a medieval setting, full of magic, suspense, action and political intrigue. The book is written through dual POV's which I always thinks adds depth to a novel. The pages are filled with Erin's fantastical storytelling and beautiful prose. There was enough mystery to keep me turning page after page, desperate for more. Easily one of my favorite reads this year and it left me with a terrible book hangover."Hate never listens to new laws" 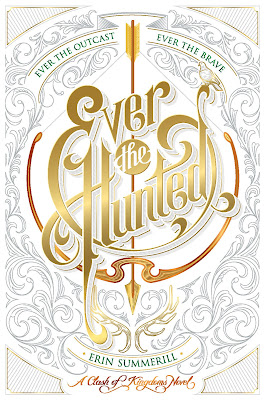 Seventeen year-old Britta Flannery is at ease only in the woods with her dagger and bow. She spends her days tracking criminals alongside her father, the legendary bounty hunter for the King of Malam—that is, until her father is murdered. Now outcast and alone and having no rights to her father’s land or inheritance, she seeks refuge where she feels most safe: the Ever Woods. When Britta is caught poaching by the royal guard, instead of facing the noose she is offered a deal: her freedom in exchange for her father’s killer.
However, it’s not so simple.
The alleged killer is none other than Cohen McKay, her father’s former apprentice. The only friend she’s ever known. The boy she once loved who broke her heart. She must go on a dangerous quest in a world of warring kingdoms, mad kings, and dark magic to find the real killer. But Britta wields more power than she knows. And soon she will learn what has always made her different will make her a daunting and dangerous force.

Ever the Divided. Ever the Feared. Ever the Brave.
After saving King Aodren with her newfound Channeler powers, Britta only wants to live a peaceful life in her childhood home. Unfortunately, saving the King has created a tether between them she cannot sever, no matter how much she'd like to, and now he's insisting on making her a noble lady. And there are those who want to use Britta’s power for evil designs. If Britta cannot find a way to harness her new magical ability, her life—as well as her country—may be lost.
The stakes are higher than ever in the sequel to Ever the Hunted, as Britta struggles to protect her kingdom and her heart. 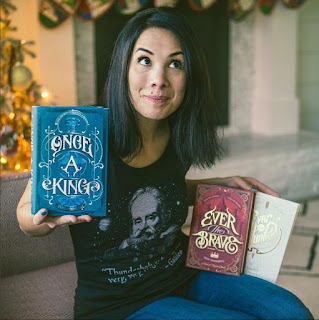 Erin Summerill is an award-winning author of the young adult fantasy Ever The Hunted, and Ever the Brave. When she's not writing, Erin is devouring a book, photographing one, or talking to teens about her latest favorite read. Once a high school English teacher, she now teaches at conferences and workshops. Her focus talk on "How to Do Hard Things" empowers middle grade and high school students to face their fears and achieve their goals.
Erin is proud to be an Air Force brat. She was born in England. Shortly after, her family's Hawaiian heritage drew them back to the islands.
Now, she lives in Utah with her husband and four rascal children. Erin holds a B.A. in English from Brigham Young University and is currently working on an MFA in Writing Fiction For Children at Vermont College of Fine Arts.