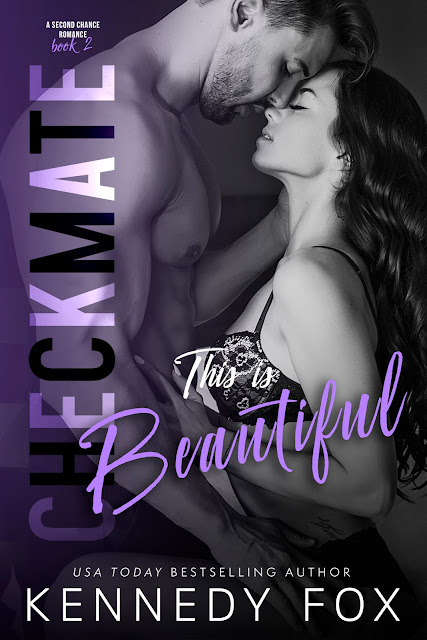 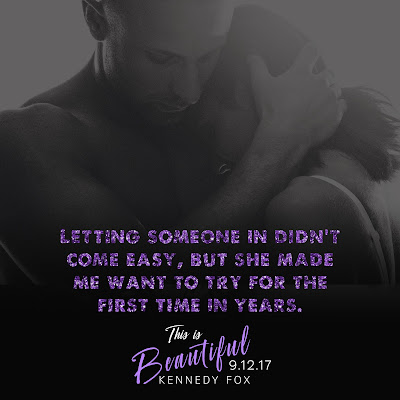 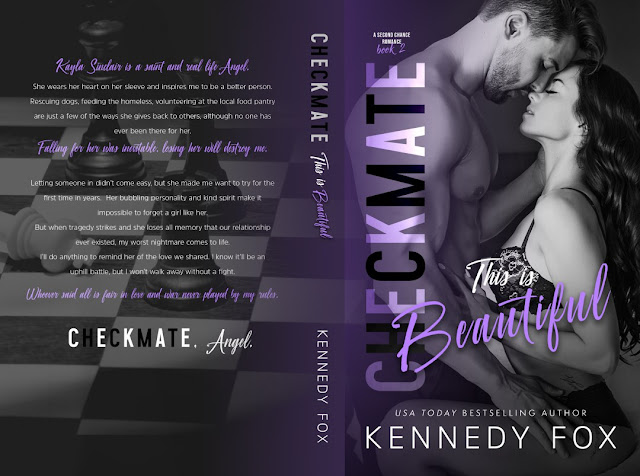 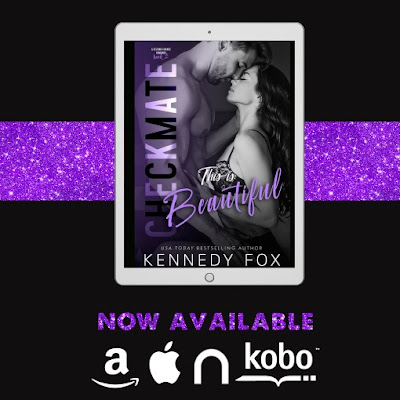 The anticipated conclusion of the Logan & Kayla saga in the Checkmate Duet Series from duo of romance authors under the USA Today bestselling author pseudonym, Kennedy Fox!
This second-chance romance will have you gasping and cheering this two on from the first to the last page! Are you ready to play the final game?
***
Kayla Sinclair is a saint and real life Angel.
She wears her heart on her sleeve and inspires me to be a better person.
Rescuing dogs, feeding the homeless, volunteering at the local food pantry are just a few of the ways she gives back to others, although no one has ever been there for her.
Falling for her was inevitable, losing her will destroy me.
Letting someone in didn’t come easy, but she made me want to try for the first time in years.
Her bubbling personality and kind spirit make it impossible to forget a girl like her.
But when tragedy strikes and she loses all memory that our relationship ever existed, my worst nightmare comes to life.
I’ll do anything to remind her of the love we shared. I know it’ll be an uphill battle, but I won’t walk away without a fight. Whoever said all is fair in love and war never played by my rules.
Checkmate, Angel.
*Recommend for ages 18+ due to sexual content and adult language.*
**This is book w in the Logan & Kayla Saga–a second-chance romance. Must read This is Dangerous first. However, you don’t need to read any of the other Checkmate duet series to enjoy this one, but it’s recommended as they are both introduced in the earlier books.** 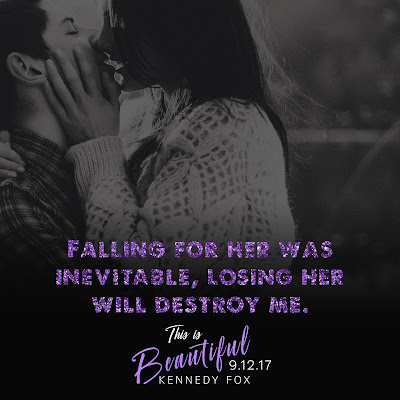 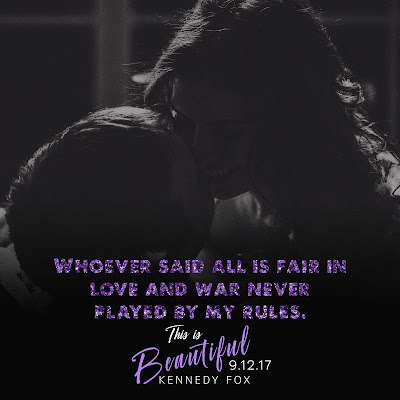 "Those butterflies resurface inside my belly when I read his messages. It doesn't make any sense to me now, considering I've only spoken to him a handful of times and hardly know anything about him. Yet, my heart seems to remember. If that's even possible."

Where to even begin you guys! This. Series. Every book in the Checkmate Duet series makes my heart burst and my panties melt. When Kennedy Fox sits down to write, these ladies know what they are doing. I was heartbroken when I heard that this was the last book in the series but I knew I would be counting down the days until I could devour. Truly a bittersweet moment.

"There's an old saying that states, if you love something let it go and if it comes back - it's yours. Will my Angel ever come back to me?

After that jaw dropping, heart stopping ending in This is Dangerous...I was waiting for this bad boy to drop into my hands. This is Beautiful continues the story of Logan and Kayla, and picks up right after the events that happened in the previous book. These two were meant for each other and have been through so much, but it's only the start in their story.

"Our bodies were made for each other, Kayla. Always was. Always will be."

So many things happen in this book that will leave you in a puddle of feels and shoving donuts in your face. But you wouldn't have it any other way. Team Layla will go down as one of my all time favorite couples because they are just so perfect. After the events of TID, Kayla is so lost in so many ways and she's trying to learn how to cope with the trauma that has been bestowed upon her. As Logan is trying to guide her, love her, and be her Knight in shining armor.

"It's almost as if our hearts built a bridge to each other, while trying to mend the broken one."

Logan faces so much term oil in this book and so many decisions that he has to make for the greater good...that could change him. I could think of no two better people that deserved each other but can they push through the battles that are being thrust at them? Or will they drop their swords and stop fighting?

Though this was the end of the Checkmate Duet series, it couldn't have ended in a better way. Though a few times I've wanted to chunk these books at the wall (LOL) they are worth every late night conversation, blueberry muffin baking, donut shoving contest, every laugh and every tear. These books brought so many tears, so many laughs, and so many memories that I will cherish forever.

It's been a journey you guys! I read my first book by Kennedy Fox back in March while I was on vacation. I devoured them and then anxiously awaited the release of the next duet. THIS IS BEAUTIFUL is the final book in the Checkmate Duet series. But don't worry, this isn't the end of Kennedy Fox or the Checkmate characters! There is a spin-off series releasing in early 2018 following the Bishop Brothers (whom we met in Checkmate: This is Reckless (Drew & Courtney, #1)). There will be a total of 4 books, starting with Taming Him. I've just read the synopsis and I'm already hooked. Back to what you're all here to read about. I will do my best to keep this review as spoiler FREE as possible.

**There will probably be minor spoilers of This is Dangerous. So if you haven't read the first book in this duet, proceed with caution!**

"Would she give me a chance to show her what we had? Or could we be friends and start again? Would we ever get that second chance or would she want to move on instead?"

Kennedy Fox takes second chance romance to the next level in the conclusion to Kayla and Logan's story. At the end of Checkmate: This is Dangerous (Logan & Kayla, #1) we were left with our jaws on the ground and our hearts racing. Will they ever get back what they had before the events of that fateful day? Rocked by a tragic accident Kayla has no memory of the last two years. Logan is completely shattered. He would move heaven and earth if that's what it took to make her happy. He would do anything for her. But after finally letting someone into his heart, can he let her go? Or will he take this second chance to show her why she loved him before.

"It's almost as if our hearts built a bridge to each other, while trying to mend the broken one"

I had so many theories as to why Kayla was at that house. What she could possibly have been doing there. As soon as I finished reading TID, I was texting the only person I knew who would still be awake because I HAD to get all my thoughts out immediately. I'll just say that NONE of them were right. That's one of the things I love about this duo of authors. They're completely unpredictable. Maybe that's because there's two of them writing each book, or maybe it just shows their writing abilities. I adored the sweetness of Kayla and Logan's story. If you love a sweet romance with a bit of mystery and a lot of steam, I highly recommend you pick these up!

"Sometimes you have to take risks to live a life that makes you happy." 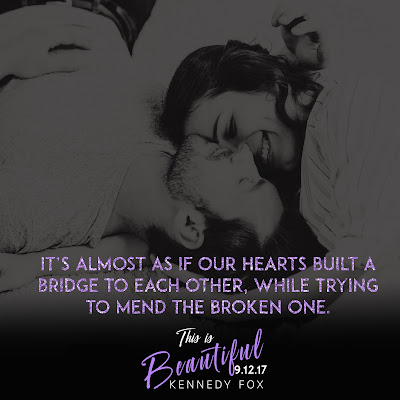 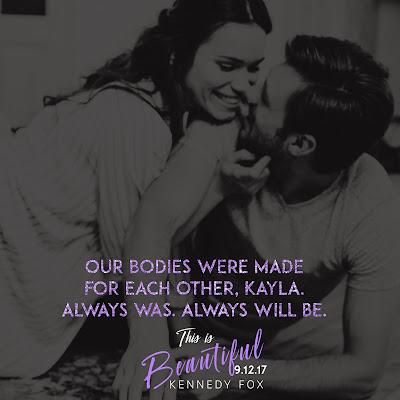 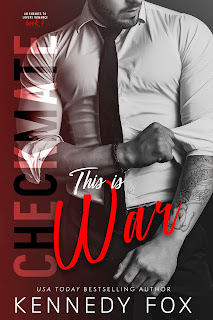 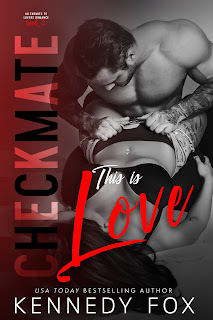 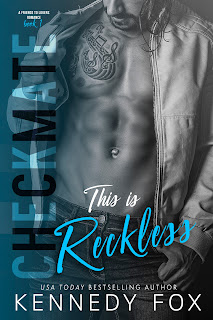 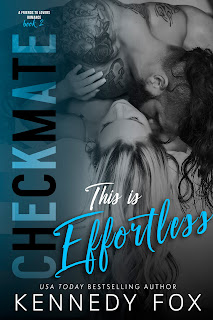 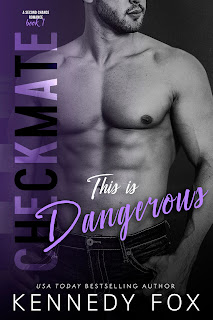 OUR BOOKS ARE AVAILABLE IN AUDIO FORMAT TOO!CLICK HERE! 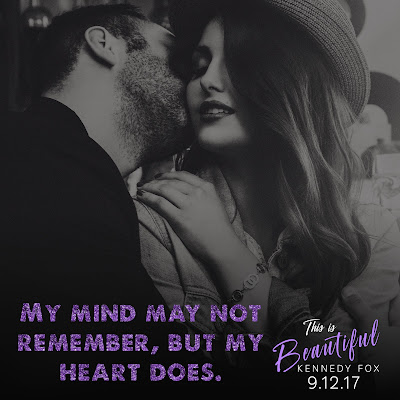 Many people have asked up what’s coming after the Checkmate Duet Series.
We are planning to release A WEEK WITH A BAD BOY together under Brooke and Lyra on October 19, 2017! We can’t wait! It will be exclusively on Amazon and enrolled in Kindle Unlimited. 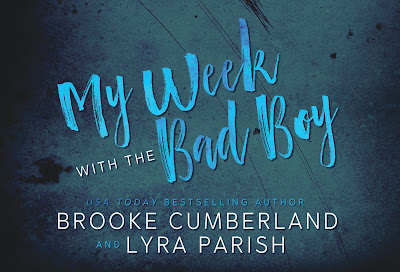 Sign-up to receive a notification when MWWTBB is live!

My Week with the Bad Boy Notification!

Thank you! You have successfully subscribed to our newsletter. 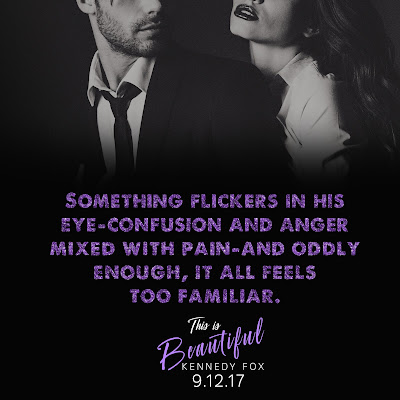 Early 2018 we will start releasing the BISHOP BROTHERS Series!
It’s an interconnected stand alone series that will follow Courtney’s 4 brothers! Yes, all 4! We’re so excited about this and can’t wait to tell you more. If you would like to know the titles, please CLICK HERE! We’re still in the early planning stages but will update our “coming soon” page with more info as soon as it’s set in stone. 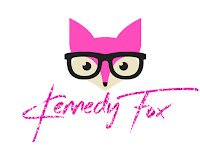