Release Day: PLAINS OF SAND AND STEEL by Alisha Klampheke

Happy Release day to Alisha Klampheke! We are so excited to share about the release of PLAINS OF SAND & STEEL, the sequel to WATERS OF SALT & SIN. For this week only, you can grab all 3 eBooks for 99 cents.

Also, how stunning is this cover art? 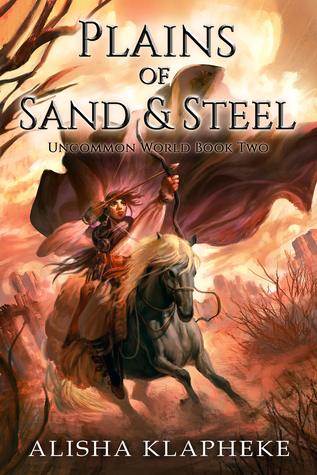 A ruler’s young bride with a body to conceal, a mercenary bent on revenge, and the Fire magic that will alter their story forever.


The Wrath and the Dawn meets Truthwitch in the second standalone, full length novel of the Uncommon World series.

When her new royal husband dies at the beginning of an invasion, Seren must hide his body and use the visions the Holy Fire gives her to save the Empire from itself and its enemies. But if the high-ranking general who hates her discovers her secret, he’ll have her put to death.

When invaders slaughter Ona’s family and shatter her artist life, she joins Lucca, an experienced mercenary and her exact opposite, and heads into war. She just knows the “chanting” she can do—imposing one’s will on the world and watching it come to life—will break the invaders and give her sweet vengeance.

Both want to save the Empire but with tangled histories and new passions swirling around them, their divided motivations turn a possible victory into a deadly storm.

Join the battle today!
*clean and appropriate for ages 13+
*spicy and slightly suggestive but nothing overt 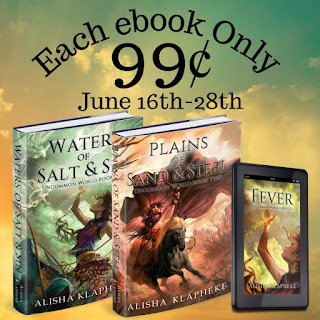 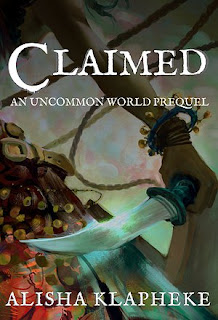 To save her sister from starvation and hold on to her relationship with Calev—the high-caste friend she secretly loves—Kinneret must get her hands on enough silver to move up in the world. When a storm clears a new port location, Kinneret talks Calev's people into paying her to claim the spot. But before she can seal the deal and earn her coin, not one, but two parties show up, vying for the location and armed to the teeth. Kinneret is not going down without a fight.
​
Perfect for Tamora Pierce, Kristin Cashore, and Sarah J Maas fans! 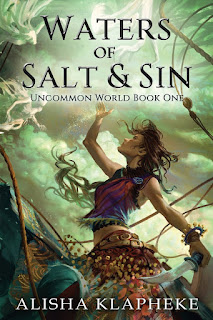 A dangerous romance, a stolen sister, and the mythical treasure that could change everything.

Set in a lush, high-fantasy world inspired by ancient Mediterranean cultures, Waters of Salt and Sin is perfect for Game of Thrones and Sabaa Tahir fans.

When seventeen-year-old salt witch Kinneret learns of a lost island of silver, she sets out to find it, raise her status, and finally have a chance to wed Calev, the high-caste friend she secretly loves.

But when a madman enslaves her sister, Kinneret must make a deal with the local ruler: Find the island to secure the ruler’s place in history. In return, the woman’s fighting sailors will rescue Kinneret’s sister.

Using Salt Magic to navigate cursed waters, Kinneret and Calev struggle to hide their taboo, caste-breaking feelings, knowing if the ruler witnesses the attraction, she will cancel the agreement. But when Calev makes a terrible mistake, Kinneret must choose between the life of her only remaining family member and saving the boy she loves from a traitor’s death. 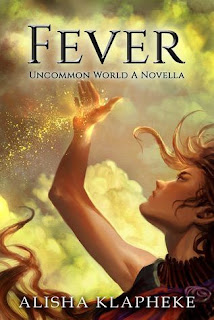 A journey to a foreign city, a desperate girl, and a fever spreading like wildfire.

Following Waters of Salt and Sin, Uncommon Book One, Fever takes us to the Empire's capitol in the desert plains along with Calev and Avi.

Despite his retinue being laid low with a fever along the road to the capitol, Calev rides on, determined to present an important document to the Empire's ruler to preserve peace in his homeland and prove his ability to become Old Farm's chairman. Avi, days behind him, holds a terrible secret Calev must learn before it's too late. The fever has hit Kinneret, and Avi believes only Calev can save her.

Get your exciting follow-up to Waters of Salt and Sin and don't forget to read the spicy Epilogue at the end!

Award-winning author Alisha Klapheke wants to infuse your life with unique magic, far-flung fantasy settings, and romance. Her inspiration springs from medieval art and artifacts, the world travel she enjoys with her husband, and the fantasy she grew up reading when she was supposed to be doing her math homework.
When she’s not writing, Alisha teaches Thai kickboxing, Brazilian jiu jitsu, and krav maga at her family’s dojo just outside of Nashville. That may be why writing fight scenes is her favorite.
​Kathleen Rushall of Andrea Brown Literary Agency represents Alisha in all things books.