We are very excited to bring you the cover for  RUSH, the second book in #1 New York Times Bestselling Author S.C. Stephens's RUSH series. Check out the gorgeous cover below and grab your copy of the book when is releases on June 13th!

Feeling the rush comes with a price… Mackenzie Cox has lost everything—except Hayden Hayes. With Kenzie’s racing career over, and her family no longer speaking to her, Hayden has been her rock, as she tries to pick up the pieces of what was once her life. But when Hayden’s racing team hires his beautiful ex-girlfriend, Felicia, to be their new hotshot rider, Kenzie and Hayden’s seemingly solid relationship begins to crack. Kenzie can only watch from the sidelines, as Felicia lives the life she was forced to leave behind, and as tension begins to build between Hayden and Kenzie, she wonders if Hayden isn’t the man she once knew.

Don't miss the first book in the RUSH series! 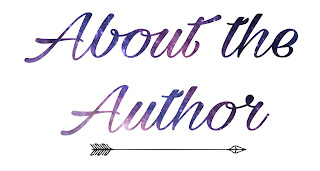 S.C. Stephens is a bestselling author who enjoys spending every free moment she has creating stories that are packed with emotion and heavy on romance. Her debut novel, Thoughtless, an angst-filled loved triangle charged with insurmountable passion and the unforgettable Kellan Kyle, took the literary world by storm. Amazed and surprised by the response to the release of Thoughtless in 2009, more stories were quick to follow. Stephens has been writing nonstop ever since. In addition to writing, Stephens enjoys spending lazy afternoons in the sun reading fabulous novels, loading up her iPod with writer’s block reducing music, heading out to the movies and spending quality time with her friends and family. She currently resides in the beautiful Pacific Northwest with her two equally beautiful children.