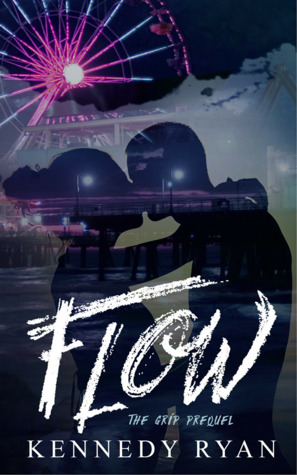 In 8 years, Marlon James will be one of the brightest rising stars in the music industry.Bristol Gray will be his tough, no-nonsense manager.But when they first meet, she’s a college student finding her way in the world,and he’s an artist determined to make his way in it.From completely different worlds,all the things that should separate them only draw them closer.It’s a beautiful beginning, but where will the story end?FLOW is the prequel chronicling the week of magical days and nightsthat will haunt Grip & Bristol for years to come.

You can get your copy now for FREE! 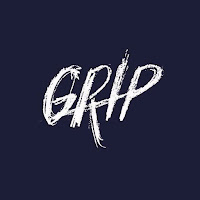 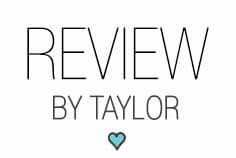 Anytime I see anything new by Kennedy Ryan, I'm like a dog with a new toy. I want it! And when I heard that Grip and Bristol were getting a story...I couldn't have been more elated. And now the time has finally come and I haven't stopped dancing yet.

"You, Bristol, are a freaking prism."

Flow is the prequel to GRIP...which follows the story of Bristol, Rhyson's sister and Grip, Rhyson's best friend. If you've read the Soul Series, then you know these two never really hit it off quiet right...and you were always smirking at Grip's failed attempts at flirting with Bris.

I always wanted to see them get together, to see her fall into all that sexy charm. And in Flow you get to see their story, their background, and why Bris likes to give him such a hard time. The cold shoulder. And I can't say that I blame the girl.

Grip is just trying to make ends met, though he wants nothing more than to make music, the time for him just hasn't come yet. Though it's all he has dreamed of.

Bristol wants nothing more than to get her brother back. She knows he will never come back home but she misses her brother...it's been five long years since she's seen him and she's finally taking the leap while she is on spring break to go down to LA and see her brother. But little did she know that the man picking her up at the airport wasn't her brother but her brothers best friend.

Though she doesn't want to admit it, she finds herself lost in his caramel eyes, lots in his sound, and lost in his beat. Her whole world is about to be rocked by the rhythm.

"The images he paints are so vivid that, if I closed my eyes, they'd be spray painted on the back of my eyelids. I'd be drowning in color, floating in sound."

These two may not know each other and may have only had a few days with each other but everything has changed. And they know things will never be the same again. And with this killer ending...you are going to want to snatch up GRIP when it releases March 2nd.

"I like the color of smart, the shade of funny, and sexy is my favorite hue." 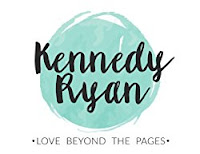 Kennedy loves to write about herself in third person. She loves Diet Coke...though she's always trying to quit. She adores her husband...who she'll never quit. She loves her son, who is the most special boy on the planet. And she's devoted to supporting and serving families living with Autism. And she writes love stories!