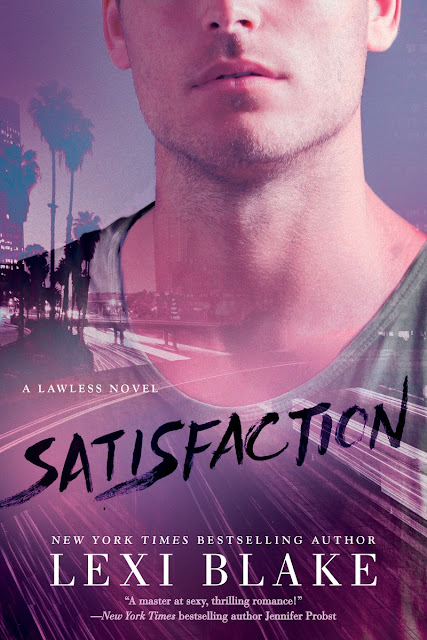 Brandon Lawless is a man on a mission: obtain the information that will clear his father’s name. He’s willing to do whatever it takes—even seduce his enemy’s personal assistant, the beautiful and innocent Carly Hendricks. But with her beguiling smile and captivating intelligence, Brandon soon realizes he doesn’t want to deceive Carly, he wants to win her over—both in the boardroom and the bedroom.

Then a twisted crime leaves Carly vulnerable and Brandon finds himself reeling. The stakes of his mission are now life or death—Carly’s life. And Brandon realizes he’s lost his heart to an amazing woman and his plan must succeed, because the stakes are no longer just revenge, but a once in a lifetime love. 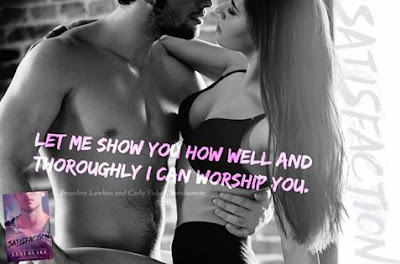 Rating: 4/5 stars
Genre: Romantic Suspense
Series: Book 2 in the Lawless novels
I have been looking forward to the release of SATISIFACTION by Lexi Blake since I finished RUTHLESS this summer and got a small teaser of what Bran’s story was going to be like in the sample at the end of book 1. I flew through RUTHLESS and loved every minute of it. You can see my full review of the first Lawless novel here. The beginning of SATISFACTION was pretty slow for me. It could have been the holidays or just that Bran’s story deserved a slow burn. But boy once things picked up, they reeeeally picked up! I couldn’t get enough and found myself hiding away to sneak a chapter here or a chapter there. I may have even drunk copious amounts of caffeine just to keep myself up at night to read just a little bit more.

Bran is the misunderstood, underestimated youngest of the Lawless brothers. He’s loyal and true once he decides to let you in. I knew this from the start when he decided to take charge of the next mission on their plot for revenge against the people who hurt their parents.  Brandon Lawless was the sibling to get hit the hardest after the loss of his parents. After being passed around to various homes and families, something happened that has changed him forever.

When Bran first meets Carly he wants to saver her. Save her from being used by his family and her boss. He gives her a choice his brother wouldn’t have: to be part of their plan or to walk away. He never expects something more to happen between them. To actually fall for the girl. When he realizes that his feeling for her could change his life he gets scared and does the only thing he knows. He runs and pushes her away.  Can Bran become the man she knows he’s capable of being? Or will she decide he’s not worth fighting for?

You do not want to miss the second installment in the Lawless novels. Lexi did an amazing job of keeping me on my toes and staying true to Brandon Lawless’ character throughout this entire book. It was full of passion, heartache, drama and suspense. I finally got some of the answers I had desperately been waiting for after finishing RUTHLESS. Thank you Berkley Romance for sending a finished copy for me to read. I have really enjoyed this story. And that ending left me desperate for REVENGE. I also loved that we got a bit more of Drew in SATISFACTION and I can’t wait to see what Lexi has cooked up for his story and the conclusion of the Lawless brother’s novels!