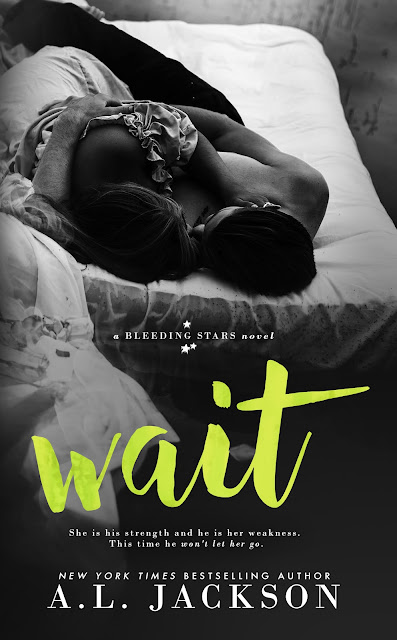 She is his strength and he is her weakness. And this time he won’t let her go.

Edie Evans is gorgeous.
Sexy.
Kind.
She’s also the definition of off-limits.
But that didn't stop me from sneaking into her room to comfort her at night.
But guys like me? We destroy everything, so it should have been no surprise when I destroyed us, too.
The night I sent her running, I thought I’d never see her again.
Until I saw her standing like a vision in the crowd.

Austin Stone is dangerous.
Alluring.
Tempting.
He broke my heart and I refused to give him the chance to do it again.
It’s been years since I’ve seen him, and now I can’t do anything but stare at the gorgeous, tattooed man playing onstage. I should run. I know I should. But like a fool, I run straight back to him.
Our desire is overpowering.
Our need unrelenting.

She is my hope.
He is my weakness.
We should have known a passion this intense would burn us right into the ground.

Pre-Order on iBooks and get it a day early!

Be notified as soon as WAIT goes live everywhere August 23, 2016

A.L. Jackson is the New York Times & USA Today Bestselling author of contemporary romance. She writes emotional, sexy, heart-filled stories about boys who usually like to be a little bit bad. Her bestselling series include THE REGRET SERIES, CLOSER TO YOU, as well as the newest BLEEDING STARS novels. Watch for the next installments, WAIT and STAY, coming in 2016. If she’s not writing, you can find her hanging out by the pool with her family, sipping cocktails with her friends, or of course with her nose buried in a book. Be sure not to miss new releases and sales from A.L. Jackson - Sign up to receive her newsletter http://bit.ly/NewsFromALJackson or text “jackson” to 96000 to receive short but sweet updates on all the important news.
Connect with A.L. Jackson online:www.aljacksonauthor.com Snapchat: aljacksonauthor