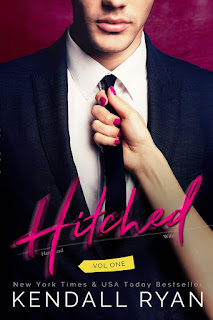 Marry the girl I’ve had a crush on my whole life? Check.
Inherit a hundred-billion-dollar company? Check.
Produce an heir… Wait, what?
I have ninety days to knock up my brand-new fake wife. There’s only one problem—she hates my guts.
And in the fine print of the contract? The requirement that we produce an heir.
She can’t stand to be in the same room with me. Says she’ll never be in my bed.
But I’ve never backed down from a challenge and I’m not about to start now.
Mark my words—I’ll have her begging for me, and it won’t take ninety days.

On the heels of her smash hit and New York Times bestselling SCREWED series, Kendall Ryan brings you HITCHED, a romantic comedy that delivers heart and heat. A NYC playboy turned business mogul has ninety days to win over the woman he's always desired in order to save his father's company. One tiny problem: She hates his guts.
"Charming, swoony and playful, Kendall Ryan's Hitched left me salivating for more. More Noah, more Olivia, more of this series which already has my heart all aflutter, my smile perma-pinned to my face, and my mind aching for answers." -- Give Me Books

"Childhood friends and now frenemies forced to wed and make a baby in mere months? I’m IN!" - Bookalicious Babes Blog 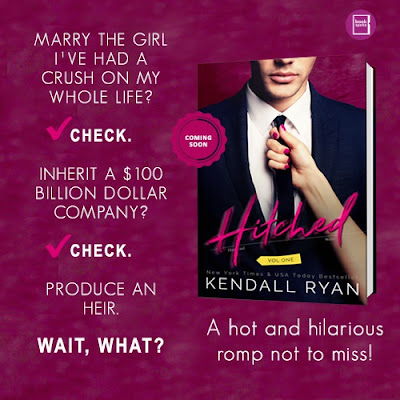