Blog Tour: Review + Giveaway UP IN FLAMES by Abbi Glines

UP IN FLAMES
A Rosemary Beach Novel
ABBI GLINES 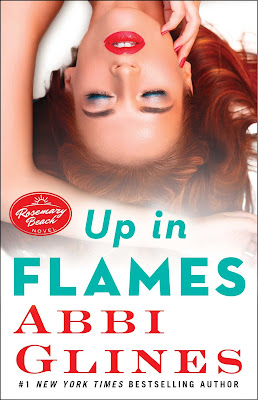 As the Prada-clad bad girl of Rosemary Beach, Nan Dillon has been called every vile name under the hot summer sun. Some of her reputation is deserved—she’s never had to worry about anything but maintaining her perfect figure and splitting Daddy’s private jet with her brother, Rush.

But Nan is far from happy. Rush has another kid on the way and doesn’t have time to catch up with his sister. Grant, the last guy she truly cared about, chose to be with her half-sister, Harlow, instead of her. And Harlow, who has never gotten over the way Nan treated her when she first moved to town, remains distant.

So when Major asks her out, she jumps at the chance to date the gorgeous charmer. Though she doesn’t know much about the sweet-talking Texan, and though it’s clear he doesn’t want to be exclusive, dating him beats hanging out with vapid socialites or watching Netflix alone at home.

For a while, Nan deals with Major’s playboy ways, but after he burns her one too many times, she takes off for an impromptu wild weekend in Vegas. There, she meets Gannon, a darkly seductive and oh-so-dangerous businessman who knows exactly how to handle her.

With Major asking for a second chance and Gannon haunting her dreams, Nan has to decide who to give her heart to. But what she doesn’t realize is that these players are involved in a much bigger game—and they’re already two moves ahead of her.

I received an advanced copy of UP IN FLAMES from Atria Books back in early April. Let me just say, when it arrived I hadn’t even read the first book in the Rosemary Beach series. I know, FOR SHAME! So I set out on the task of finishing the entire series, including UP IN FLAMES in time for release. I honestly didn’t think I was going to make it in time. Aside from Kiro’s Emily and Rush Too Far, I somehow managed to read the other 12 books in little over 2 months (THANK YOU Audible and my public library!!!).

What a ride this has been. Some stories I LOVED. Some I thought were okay. Some will stay with me for a long time. So many amazing couples and they’ve all begun to blur when I think back on what I want to say. I have to say that UP IN FLAMES was not my favorite out of the series. I enjoyed it, but I felt like there was something missing. Some book I had missed or a lead up to what was happening. (I kept flipping back to the beginning to find it.) This book had a lot of potential. I was excited to get a look what the inner workings of who Nan was and why she had acted the way she did the rest of the series. I expected Abbi Glines to make me like her or at the very least sympathize with her. I didn’t feel that with this book. I was disappointed that we didn’t get more guest appearances from the other characters. As a final book in such a long series I expected to be able to say goodbye to all those characters I had grown to love. This book was good it just wasn’t what I had hoped for.

If you’re looking for fun, quick and entertaining books, these are definitely something you should pick up. I might classify them as “beach reads” (only fitting that it’s set seaside!). Abbi’s books are great to help pull you out of a book slump or to shall we say “cleanse your reading pallet” before starting something new. I was in the most epic book slump I’ve had in years! Last Fall I was reading close to 15 books per month. Then in December that drastically decreased and I was lucky to finish 2-3 books each month. When I started my binge read of the Rosemary Beach series all of that changed. THANK YOU! In the typical Abbi style, this book was a quick read with twists and turns that I didn’t see coming. As a whole I really enjoyed the Rosemary Beach series and would highly recommend them. 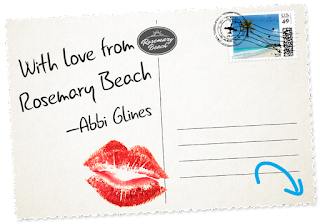 There's still a couple more stops on the FINAL Rosemary Beach book tour. Aren't able to make it for a tour stop?

Enter to win one of 3 signed copies of UP IN FLAMES + Abbi’s favorite Twizzlers via the Rafflecopter below! 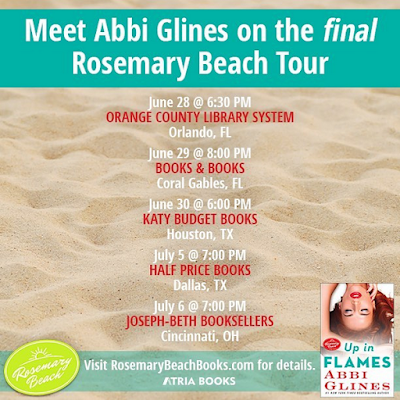 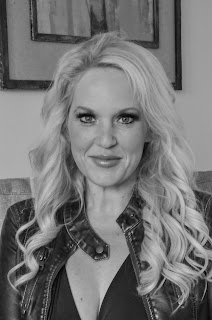 Abbi Glines is the New York Times, USA TODAY, and Wall Street Journal bestselling author of the Rosemary Beach, Field Party, Sea Breeze, Vincent Boys, and Existence series. A devoted book lover, Abbi lives with her family in Alabama. She maintains a Twitter addiction at @AbbiGlines and can also be found at Facebook.com/AbbiGlinesAuthor and AbbiGlines.com.