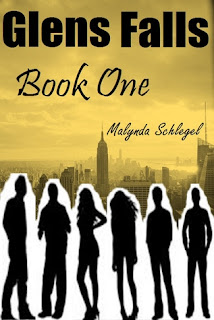 "Lives intermingle in a city where nothing stays the same."
Alexia Amherst is a writer who prefers to keep people at a safe distance. Her fraternal twin brother, Wesley, is lost about what to do with his life an harboring a devastating secret he can't move on from. The two siblings live with their parents, Grant and Sophia, who are a little too attentive for their liking and who have taken up arguing as their latest hobby.
Breanne Emerson, Alexia's best friend, is an artist and social butterfly who fears she's going to end up like her mother, Virginia, who loves to drown her sorrows in booze and men.
Connor Spencer is the mysterious guy who lives alone in his own apartment, away from his family. Like Wesley, he is uncerain about his future, and like Alexia, he doesn't let too many people close to him. His best friend, Travis Jennings, believes the key to all of life's problems is women and endless entertainment.
Jares Clowes is the lonely boy next door to the Amhersts who is tired of going unnoticed and wants to finally start living a life outside of his head.
Join Alexia, Wesley, Breanne, Connor, Jared, and Travis as the struggle with college, jobs, friendship, love, growing up, their family's lives, and each other.

"The door jiggled and before Alexia even looked up, Jared was at the counter, just staring at her.
"Hey," Alexia greeted with slight unease in her voice. "I'm kind of busy right now."
Jared kept his stare on her, determined. "So you've been saying."
Alexia returned Jared's stare. "What do you want me to say? It was nice."
"The story or the kiss?"
"Well, I'm not finished with the story, so."
"I'm not, either." Jared drummed his fingers on the countertop. "The ending, remember?" He took a breath. "So I need to know..." He trailed off, the question lingering on the tip of his tongue. "Do you have feelings for me?"
Alexia shook her head, knowing she had to tell him the truth. "No."
Jared averted his eye, Alexia's voice saying the word No over an over in his head, which turned into his own voice saying the word. He backed up slightly.
"I'm sorry," Alexia said. "But it's hard to explain." How did she explain the fact that she let Jared kiss her knowing she had no romantic feelings for him and that he had them for her? "I just shouldn't have kissed you knowing it wasn't gonna go anywhere."
Jared met Alexia's eyes. "So, well, then," he said, trying to find the words. "Why'd you do it if you didn't want to?"
"No, I wanted to, it's just..." She studied Jared, taking in the hurt way he was looing at her. "Anyone else," she said. Anyone else, it should've been anyone else, not you. "I'm sorry," she repeated. "Like I said, it's hard to explain."
"Go find the words," Jared said with an edge to his voice. "I know you have them." 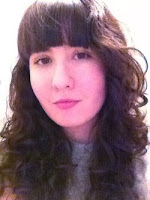 Malynda Schlegel is a college graduate who writes and reads books, all while drinking way too much chai tea.