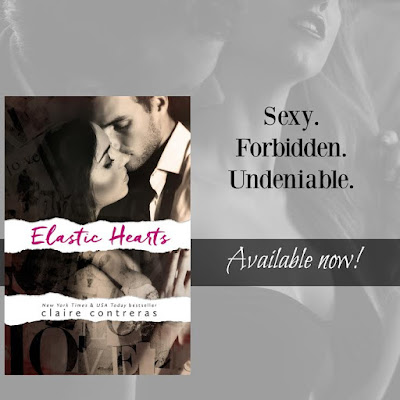 Grab your copy at the following retailers

From New York Times Bestselling Author, Claire Contreras, comes a sexy new standalone novel.
Victor Reuben.
Most sought out divorce attorney in LA.
Nicole Alessi.
Soon to be ex-wife of Hollywood's biggest star, Victor’s latest client and his boss's daughter.
In such a high profile divorce, they can't afford any extra drama. Luckily, neither one of them has anything to hide.
Unless you count the mind blowing sex they had…
Once…
Twice…
Three times all those years ago.
As long as they leave the past where it belongs, they’ll be fine. But with her wearing those tight dresses and him giving her those heated glances, keeping their hands to themselves is proving to be more difficult than either one of them realized.
It won't be long before the paparazzi start to smell smoke, and where there's smoke...
*Each book in the Hearts Series follows a different couple and can be read as a standalone.* 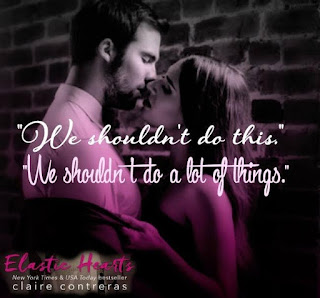 “This isn’t going to work,” he said finally, turning to face me as he stood behind the desk.

“Because you want to fuck me against the window,” I said.

He gripped the top of the chair tightly and dropped his head, but didn’t comment on what I’d said. “Maybe we should just see each other when we have to . . . for the divorce,” he said.

I let out a laugh. “I didn’t plan to come here tonight, let alone run into you.”

“As my lawyer, I don’t think you should let me make rash decisions when I’m drunk,” I said. He looked down again, but I saw his smile before he tried to hide it.

“That’s fine, Victor. I get it. Is that it? I was talking to a really cute guy upstairs, and I still need to use the restroom. Maybe I’ll take him with me.” Even in my current state, I could see the way his eyes darkened at my suggestion.

“You just said you were drunk,” he growled, gripping the chair harder.

“Not that drunk.” I paused to search his face. “Would that upset you? If I hooked up with that guy in the bathroom? I kind of like bathroom hookups.”

“Nicole,” he said, his tone hard, his eyes searing into mine.

“You know, you’re actually the only guy I’ve done that with,” I admitted. “But it was so hot. You kept saying all these dirty things in my ear, remember?”

“I remember,” he said, voice grating.

“You were doing that,” I said, pointing at his fingers, which were digging into the top of the chair. “Gripping my ass. I had marks the next day, the soreness. So hot.”

Haven’t read this series yet?

What are you waiting for?

*Each book in the Hearts Series follows a different couple

and can be read as a standalone.* 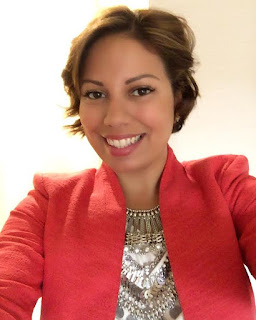 Claire Contreras graduated with her BA in Psychology from Florida International University. She lives in Miami, Florida with her husband, two little boys, and three dogs.
Her favorite past times are: daydreaming, writing, and reading.

She has been described as a random, sarcastic, crazy girl with no filter.

Life is short, and it’s more bitter than sweet, so she tries to smile as often as her face allows. She enjoys stories with happy endings, because life is full of way too many unhappy ones.