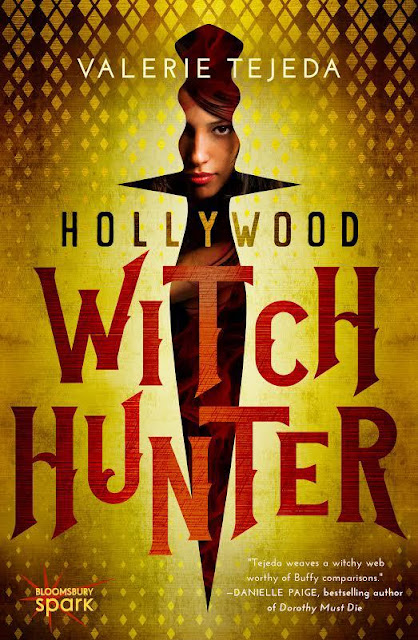 I absolutely LOVE it!!! It's so beautiful, and I cannot wait to have the actual book in my hand!

From the moment Iris first learned the truth about witches she knew she was born to fight them.

Now, at sixteen, she’s got witch hunting down to a science. As the lone girl on the Witch Hunters Special Ops Team, Iris has to work twice as hard to prove her worth. But when an A-list actress is murdered on her watch, that task becomes a hell of a lot harder.

But murdered celebrities are just the start…a mysterious new hunter has arrived on the scene, and he’s as cute as he is deadly. But there’s more to Arlo than meets the eye, and there’s more at stake than Iris’s reputation.

Evil is rising in the hills of Hollywood, and it’s up to Iris and Arlo to end this battle. Iris is ready to protect the human race at all costs, even if it destroys her.

Because that’s what witch hunters do.


Here's a fun fact!
If you didn't know, Valerie had another really awesome cover for her book, Hollywood Witch Hunter!
Check it out below! 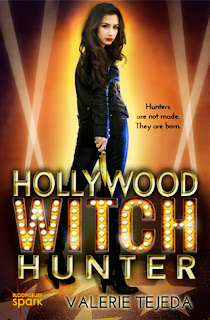 I also had the pleasure meeting Valerie a few months ago at an event at Barnes and Noble. She is seriously the sweetest person ever! 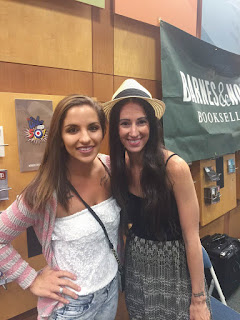 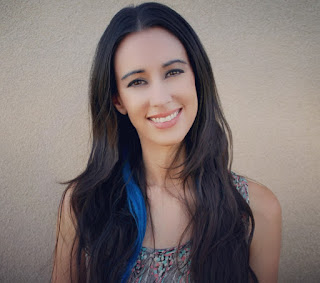 Entertainment journalist and author Valerie Tejeda spends her days reporting on books, television, and all things pertaining to pop culture, and spends her nights writing novels for teens. She holds a Bachelors of Arts in Psychology and is currently based in California with her husband where she reads loads of books, binge-watches Netflix, and drinks tons of coffee. Hollywood Witch Hunter is her debut novel.

a Rafflecopter giveaway
Posted by Unknown at 5:00 PM