It’s release day for Aj Elmore’s debut novel, Cadillac Payback. I love this book so much—it’s a gritty romantic suspense with a side of organized crime that is just so beautifully written! Aj is sharing an excerpt with us today, as well as an amazing giveaway!! Be sure to check it all out!

Cadillac Payback Synopsis: An old Cadillac and a gun are all she has left of her brother. Three men stand ready to follow her into the darkest pits of hell to avenge him. The Cadillac leads them down a swamp road lined with ghosts, consequence and the tangled web of business and pleasure, into the underbelly of New Orleans crime as she fights for vengeance for her brother. Joshua was just a rookie, a kid caught up in a drug ring. It’s fun and dangerous, all easy, until it kills his best friend and drags what’s left of his companions into a war. All he knows is he would walk into hell with her, and she might ask before it’s over… Isaiah thought he’d seen everything—but watching Charlie die tore the world apart. The regime is changing, and with the new leader come more questions than answers. He was Charlie’s right hand, but what will he be to her? Frederick came up on the streets, learned fast and hard and dirty. His past has always been a sticking point for the group, but one person has never questioned him, and he’ll do anything for her… Maria never wanted to take over Charlie’s operation. But with her brother dead, and vengeance the only thing she has left, she makes her first decision: drag Charlie’s killers down. It might just be her last. 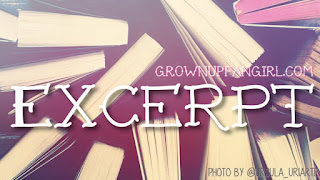 She stops just short of entering the kitchen, hands releasing the paper bag full of produce. Her eyes rove the situation, trying to make sense of what she's seeing.  Onions and apples and peppers, the ingredients for our plans to grill, roll about.  Huge brown eyes find mine, beg for understanding. Another car door slams outside. I can't speak. What words can I give her? None that will help.
“Isaiah, what happened?” Maria says, voice low, demonic.
Her feet slide forward slowly, mechanically, pulling red. She kicks a crimson onion away, falling beside him as if her body has lost the strength to support her. Tears are welling quickly along the bottom rims of her eyes.
Footsteps pound down the hall, owner no doubt alarmed by the gut-wrenching trail. It's Josh, Mr.-Jeans-and-a-T-shirt, Charlie's right hand man. He's a damn good drug dealer, and god-damned punk.
“What the fuck?” he mutters, stunned to the spot, eyes wide and uncomprehending.
Maria is all intense, blazing brown eyes on me, demanding I speak. The tears break, lighting trails on her cheeks. Her hands have curled around Charlie's shirt, squeezing into white fists. The room feels like a thousand pounds around me.
“All he said was Reaps,” I admit finally, eyes shying away from hers.
I've broken too, cheeks wet and salty. It's all I can do to force the voice from my chest. I got nothing for you, boss.
She stares for a long time before her eyes fall to him. Tears stream to her chin, then drip to her little maroon t-shirt. She ignores them. She looks like maybe if she stares at him hard enough, he will wake. He will be her big brother and laugh. He'll still be here to beat up her boyfriends, and know what to do when there's trouble.
I want to go to her, but my hands - his blood is all over me. Then she stands, swaying unsteadily. Joshua moves to help her, but she pushes him away with nothing but a look. Her world is full right now. And she storms through the house, leaving crashes and breaking sounds in her wake.
He looks to me. I only shake my head. Stupid boy, such an idealist little prick. Before either of us can follow or find any words for each other, she's back, Charlie's gun in one hand and a black case in the other. She takes another long look at her dead brother.
She says, “He always wanted a jazz funeral.” Her voice is shaking and distant, fighting the storm.
Then she looks at me. It seems she has something to say, but she only stares. She's fucking crazy.
So I say, “You're fucking crazy. What are you gonna do?”
She doesn't answer. She doesn't need to. She's taking charge of the situation. She wants me to deal with the one here. A few wayward tears escape despite her efforts.
“Maria, don't do this,” I say from the floor. There's no heart in my words. She's never taken orders from me. I know it won't work, but I have to say it. Charlie would say it. Charlie would stop her.
She only cocks an eyebrow at me, tucking the gun into her pants. I should know better. Yeah, I do. She grabs a massive car key from the counter, its large, metal, dollar sign keychain scraping across the surface like the coattails of death. Without another word or even a glance, she walks away from her world, down the rudely redecorated hall.
Josh stands for a split second, watching her. He looks to me, heartbreak all over his sleeve, then curses as he follows her. The door slams seconds later, and I am suddenly left alone again, covered in my cohort's blood as I sit in the kitchen floor. And he's there, growing cold, eyes scrunched in his last expression; pain. 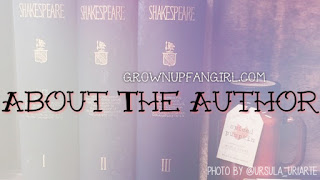 Aj Elmore Bio: Aj is a beach migrant, and part-time muse. She enjoys the exploration of genres vast, and the search for untold worlds. A writer-for-fun since childhood, she has also been known to be a super hero, a gun slinger, and occasionally, a waitress. She lives on an island, has a bachelor's degree in journalism and some tattoos. She is most easily found at the water's edge.
Facebook | Twitter | Goodreads 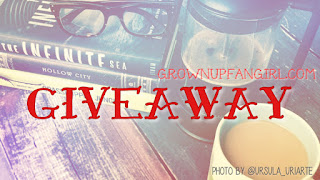