The Deep Blue by Jules Barnard: A Review, Dreamcast, AND Giveaway! 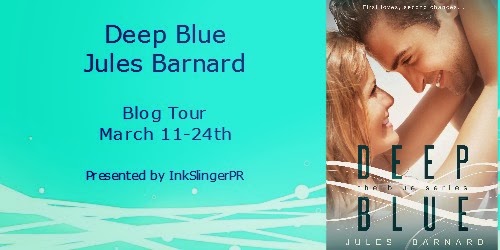 **This is a New Adult title, only recommended for mature readers.**

The Deep Blue follows Cali, who along with her friend Gen have just finished college and are taking a break, pre growing up for real. Cali has been invited to Harvard, and just wants to lay low until she goes. She got hooked up with a sweet job in Lake Tahoe, so it's looking like the perfect summer awaits.. until it all goes wrong. (dun dun dun)

Cali's got it all figured out prior to the summer she spends in Lake Tahoe. She has the perfect life. The perfect boyfriend, the perfect friends, the perfect future.. which is why I kinda love this book. We're all used to characters starting out weak and then becoming strong (or in bad situations, not learning from their adversity and coming out just as weak or weaker than they started). We aren't used to characters who are strong... being brought down by the harsh reality of life, and then learning how to struggle. That's what happens to Cali. She's confident, she's smart, and she's never really had to struggle. When her world comes crashing down, and she learns that sometimes confidence isn't what you thought it was, she becomes even stronger than she was in the beginning. I commend Jules for writing such a strong female character.

People think strong females can't be in love, and can't have swoon worthy feelings for guys, but Jules proves that stereotype wrong with Cali as well. When Cali falls head over heals for a guy from her past, she learns that you can be independent and still receive help, still receive love. I think that's such an important lesson for not only young girls, but all girls to learn. The Deep Blue was an amazing read with plot twists that quite literally had my stomach in knots. If you're looking for a strong female character who still says and does crazy things for love, then look no further than The Deep Blue. Enjoy! 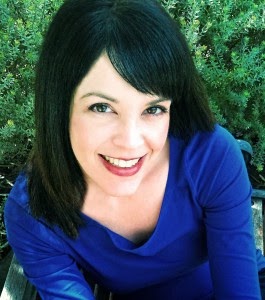 Jules Barnard is originally from the San Francisco Bay Area. She attended UC Davis, whose college landscape often finds its way into her New Adult novels. She has a Master’s degree and spent many an hour running statistical analysis, until she realized her favorite part of the job was writing reports. She decided to cut out the math and add in some hot guys, and so began her career as a novelist.
Jules is a Northern California native living on the coast with her husband and two children. She has no impulse control around cupcakes and credits herself with the ability to read while running on the treadmill or burning dinner. 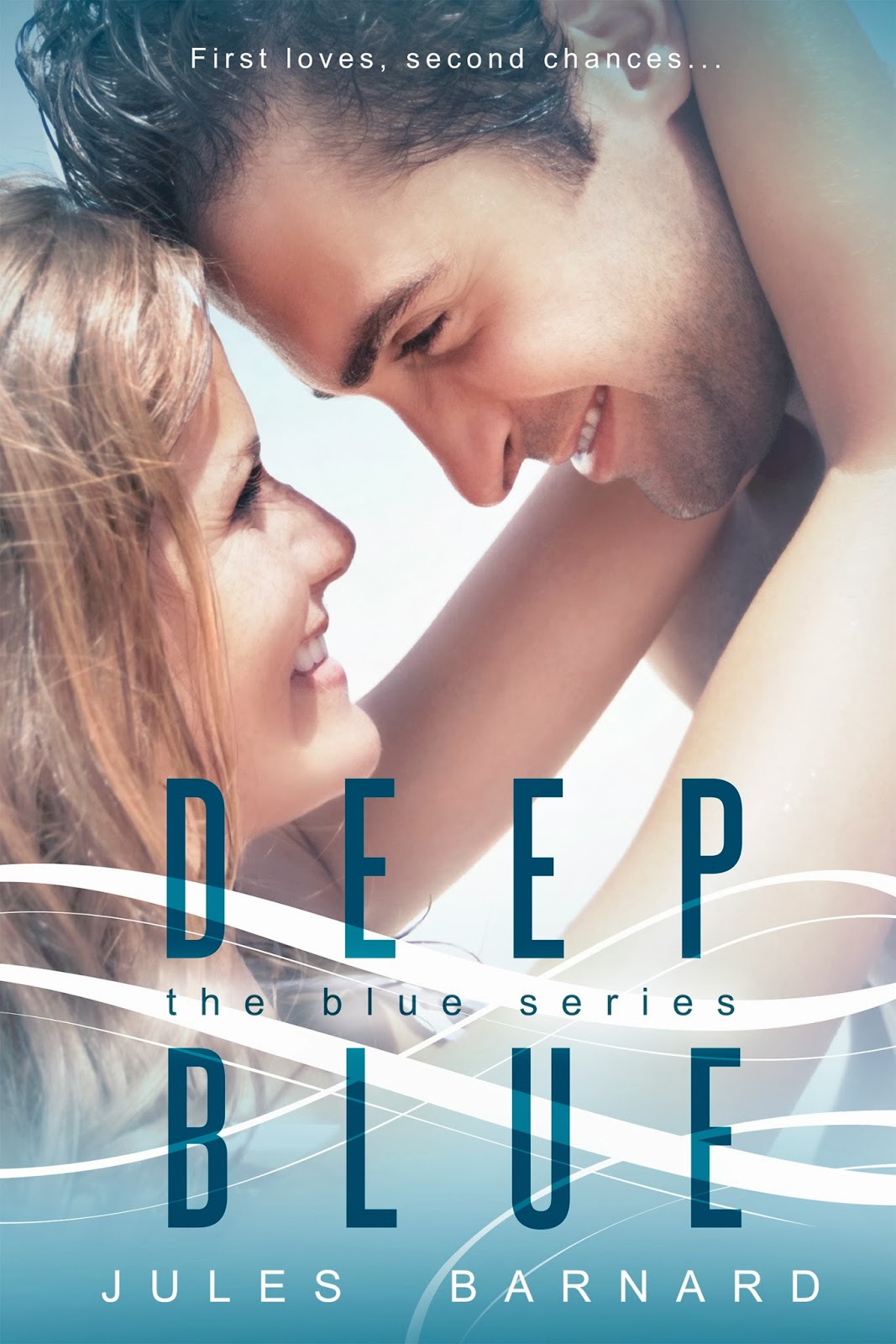 Deep Blue Synopsis:
When Cali Morgan kicks off her perfect post-college summer in Lake Tahoe, she has everything she ever wanted: acceptance into a top law program, a gorgeous boyfriend, and an incredible summer planned with her best friend.
Confident about her place in the world, Cali makes it her mission to be her friend’s wingwoman and help her meet guys. What Cali doesn’t count on is running into Jaeger Lang, one of her older brother’s high school friends, or the sparks that fly when she’s around him.
Jaeger has changed, and it’s not just the added height and muscle. There’s something about him that’s deep and a little scarred. In spite of the changes, Jaeger becomes a top pick for her friend—if Cali can keep her hands off him.
But when Cali’s boyfriend dumps her and her carefully laid plans begin to unravel, she finds herself questioning what it is she truly desires. In the midst of doubts about her future, one thing is very clear: she wants Jaeger for her own. The question is, has her friend already fallen for him?