Keri Neal is the author of the Flightless series. You like angels? You'll love this book. Check out our Q&A with Keri below! 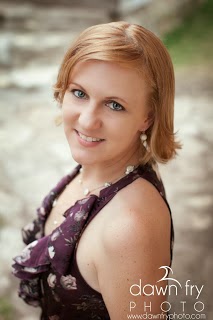 Hi Keri! Thanks so much for joining us today! I have the privilege of knowing you on a bit of a personal level, but my readers aren't so lucky, so let's pretend I don't! I'm just a random fangirl who wants to know more! Okay? Okay.

GFG: First of all, to those who have never read Flightless (The prequel to the new book, Hopeless) tell us a little about how you would describe it:
KN: The Flightless series is about a former guardian angel who falls in love with a human girl.

GFG: Who is your ideal version of Pen or of Blake? Jade? Any or all will do. Sometimes, I think mental images help massively. (plus everyone loves cute people).
KN: Ohhh I love these questions! I always have to have a mental image. Pen is Matthew Gray Gubler (Criminal Minds), serious and intense. Jade has changed several times, but I always come back to Taylor Momsen (Gossip Girl). Blake was based off of John Bender from Breakfast Club, but Judd Nelson is too old now :( So now Blake is either Max Thieriot (Bates Motel) or Jason Behr ( Roswell ) or Aaron Paul (Breaking Bad). I like my bad boys :) 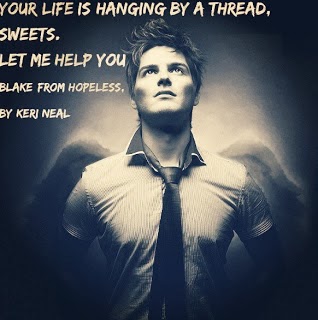 GFG: Speaking of Blake, tell us a little about how you decided to introduce another guardian into the series and why.
KN: Blake is sort of the “Anti Pen” in my head. There needed to be another guy, someone to push Jade when she was pouting and challenge Pen when he was being superior. Blake will have a large presence in the third book. He’s an important character because I think he grounds everyone.

GFG: What made you want to write about angels?
KN: Why not? There’s so much mythology surrounding them and yet there isn’t ONE thing about angels that everyone can agree on. I could’ve written Pen with horns and a tail and no one could say “Angels don’t have those”. It freeing to have complete control over your characters’ attributes.

GFG: Are any of the characters in the books based on people you know in real life? If so, who? If not, where did they come from?
KN: I don’t really do that in any of my books. My characters might have similarities to real people, but if they do it is all done subconsciously. I try not to think about it too long because then I start to overthink my characters. I like that they all have their own personalities.

GFG: Could you tell us a little about how you decided to write and the path you've been on so far to get to this point?
KN: I wrote a lot in middle and high school, mainly because that is when I became a big reader. I never really had dreams of getting something published. In fact, it wasn’t until just a few years ago when my friend Cheryl asked if I would like to write a book with her. And we did, we wrote two books actually. Neither will ever see the light of day, but I learned so much from the experience.

GFG: If you could pick three words that described the Flightless series in a nutshell, what would they be?
KN: unconventional angel lovestory (is lovestory two words?) 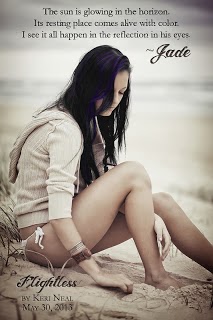 GFG: Did you ever get emotional when writing the scenes where Pen and Jade seem to be unsure of where they stand with each other?
KN: Yes, definitely. But nothing chokes me up more than when my characters are so inside their own heads they can’t breathe. Pen does this a lot. It’s suffocating.

THIS OR THAT:
GFG: Coke or Coffee?
KN: COFFEE! 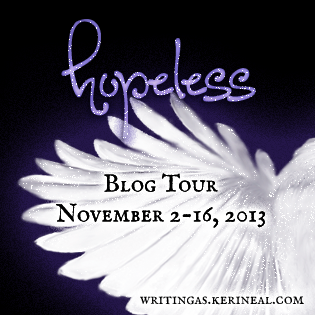 GFG: Hush Hush or The Fallen?
KN: Hush Hush. Don’t get me started on Fallen :)

Just for Fun...
GFG: what's the longest you've gone without showering and why? (i don't know why these things fascinate me. probably because I want to know I'm not alone in not showering for whatever reason)
KN: Sooooo, here’s the thing. I used to be very anti-shower. But that was when we lived in the desert. Now that we live in a climate that is 80% humid on any given day, I HAVE to shower every day.

GFG: Have you ever met someone or been somewhere that made you "totally fangirl"?
KN: I wish I could say yes! But no, alas I have not.

GFG: Best thing about being an author?
KN: Meeting people who love my writing.

GFG: Advice for aspiring authors?
KN: Keep writing, even if it’s nonsense. And don’t get bothered by criticism. 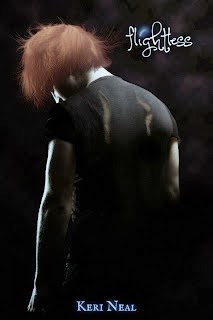 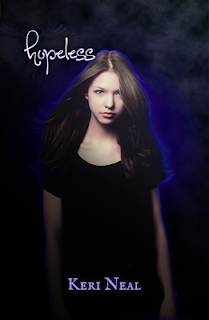 Check out the reviews, complete with buy links by clicking below:
Flightless
Hopeless
and don't forget to
Enter the giveaway!
Posted by -Amber N. at 2:01 AM