Review: A Girl of Fire and Thorns

A Girl of Fire and Thorns by Rae Carson, reviewed by Ursula U.

In accordance with my YALLfest agenda, my sweet friend Ursula has been kind enough to let us borrow some of her reviews by YALLfest authors! The first is a book I'm reading right now! Check out her review of A Girl of Fire and Thorns by Rae Carson below!
4 out of 5 stars 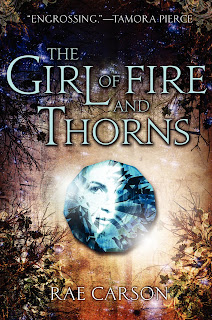 The Girl of Fire and Thorns was a story like I haven’t read before. In a world completely different to what I’m used to reading and the concept of the Godstone was just so unique it was captivating. It took me longer than usual to get invested in the story but I don’t blame it on the book but more on my brain coming out of a dystopian world lol Elisa is like no other heroine I have encountered, starting with the fact that she is not your cookie cuter princess with long blonde locks, blue eyes and tiny waist, Princess Elisa is more on the full figured side and she enjoys a pastry or two as often as she can sneak them out of the kitchen! Princess Elisa is aware that unlike her sister she is not the pretty princess with the dreamy body and while you do see her feel bad about it, she doesn’t really seem devastated by the fact, at least not devastated enough to stop dreaming about coconut milk and yummy scones :) Princess Elisa always seems to be dusting crumbs off her dress lol and I found that refreshing.. not that I don’t appreciate the gorgeous, killer-bod heroine but Elisa seemed more realistic to me, even when we find ourselves in a story set in medieval times and surrounded by magic. Elisa is soon to be married, though she hasn’t met her husband and she doesn’t know what the conditions were for this arranged marriage, all she knows is that she will be marrying the very handsome King of Joya d’Arena and she will be moving to a different Kingdom with him, leaving her Dad and older sister behind. Elisa’s sister Alodia sends her off with wise words, to stand her ground and be the Queen that she is meant to be, to be assertive and strong.Elisa doesn’t believe herself to be any of those things though she is exceptionally special, she was chosen by God and bares The Godstone in her navel, she knows that she was chosen to complete a great service, even though she doesn’t really know what this great service is yet. Elisa sees herself as somewhat of a disappointment and a failure and has doubts as to whether God made a good choice by making her the bearer of The Godstone, an honor awarded only once a century. Elisa soon will find out that once she gets to Joya de Arena things are not exactly what she expected them to be and her marriage is more confusing that she thought it would be, starting with the realization that she must keep it a secret along with the fact that she is The Godstone bearer, she promises to keep this under wraps but doesn’t understand why and soon is not only confusing but hurtful. The only people she can trust when she gets to Joya d’ Arena are her nurse Ximena, her husband Alejandro and Father Nicandro who she soon makes friends with and finds to be a source of more information she ever thought she would encounter. She finds out that her family and her trusted nurse have kept secrets from her all her life and finds out how much danger her life is really in because of the stone that lives in her stomach.

Elisa will meet, under unique circumstances, a group of rebels that truly believe she is the one, the only one that can save them from this war and the impending doom it means.
Elisa finds more than friendship in this group of rebels that will soon become almost family to her; she may even find the love and acceptance she didn’t find in the arms of her husband. The Princess will not only have to trust God and trust that he made the right decision in choosing her but she will also need to trust herself to lead this army of sorts, and try to save the people of Joya d’Arena from the Army of Invierne and their powerful sorcerers.Sorcery and evil stand in her way and covet her because of who she is and want to harvest the power within her to unleash the magic hidden in the earth in order to defeat the army of Joya d' Arena.Rae Carson not only built an unbelievable world, of magic, friendship, love, betrayal, self-discovery and loyalty, but she makes you connect to her characters in a deep level and has absolutely no problem ripping them off our hands in a split second…. I laughed, fell in love and cried with Elisa. She is brave, strong, beautiful and smart … and no doubt the right choice to bear The Godstone… I hands down recommend this book; it was an unbelievable read and an extraordinary story… very much look forward to reading The Crown of Embers and Bitter Kingdom. 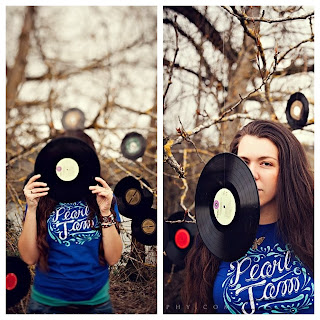 Ursula is an admin and blogger for the following two websites: www.ifandomscollide.com and www.luxenarmy.net

She's a grownupfangirl like me, complete with fandom tattoos! Be sure to check her out and thank her for lending us her reviews!