A Rock and A Hard Place, by Angie Stanton 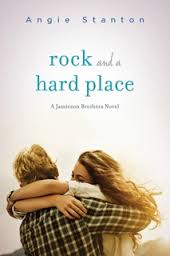 One day while watching the Interstate exit for her dad’s long awaited return, Libby’s life is rocked when Peter Jamieson steps off his tour bus and into her life. After a couple chance meetings with Peter, Libby breaks away from her rule abiding behavior and her life changes course. Peter longs for normalcy away from the screaming fans who know nothing about the real him. He is amazed to discover Libby has never heard of him or his band. Soon their friendship turns to love. While Peter battles his family's growing interference so he can spend time with Libby, she struggles with her eccentric aunt who turns more bizarre each day. Their lives are torn apart when Peter's family intrudes and Libby disappears. Peter’s desperate search for her comes up empty. Can they find their way back to each other while the world plots against them? 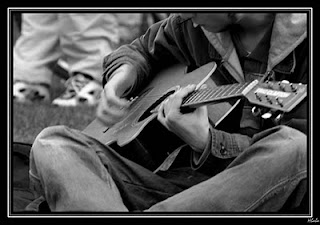 This book is absolutely adorable. Though many teens today will draw the connection between Peter and a member of One Direction, it was so easy for me to go back to my teenage days and connect Peter with one of the Hanson brothers. I love it. I think every girl at some point in her life, dreams of being with her favorite celebrity. This book makes that world seem so touchable, so possible, and so beautiful. Angie gives these two characters depth and makes them beautiful people inside and out, despite their current situations.

This is a story about loss, faith, courage, and fighting for what you want in life. Beautiful story, beautiful cover....gorgeous book! Read it! 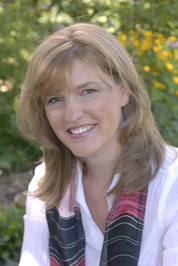 Angie Stanton never planned on writing books, she wanted to be a Rockette. However, growing up in a rural setting with her brothers' 4-H pigs as pets, dance didn't work out. Instead she became an avid daydreamer. After years of perfecting stories in her head she began to write them down and the rest is history.She loves dipping french fries in chocolate shakes, all natural disaster movies and Broadway Musicals. Angie is a proud double finalist of the 2011 National Readers Choice Awards for Love 'em or Leave 'em, as well as a finalist for the Golden Quill Award.When not writing, Angie is concocting ways to make more dreams come true, whether it be tickets to a Broadway show or convincing her family they should rent an RV and travel the country.
Note: Rock and A Hard Place was originally released as an indie book two years ago. It's got a brand new cover, and will be available form HarperCollins Teen this month along with the sequel: Snapshot (Sept. 24)

Excerpt:
"“I have something for you.” He had moved heaven and earth to pull this together.
“You do?” Her eyes glittered in surprise.
“Yup. Close your eyes and hold out your hands.” He couldn’t wait to see what she thought. Libby obeyed. Her dark eyelashes lay against her rosy cheeks. His heart beat in anticipation. He reached into his jacket pocket and pulled out a white plastic bag, then glanced up. Her closed eyes changed to little slits.
“Hey, stop peeking!”
Libby squeezed her eyes closed and laughed. She held out her hands and waited. Peter pulled the slim item out of the bag and placed it in her hands.
“Okay, look.”
She peered at the shiny device and then back at him in disbelief. “You gave me a cell phone?” She stared at the gift. “You gave me a cell phone!” This time she yelled it.
Her excitement touched him. “It seemed like a good idea. You didn’t have a phone number to give me, and I really missed you. It’s gonna get harder to see you. I thought this way we could stay in touch and actually talk whenever we want.”
She closed her hand around the precious phone and turned pensive.
“Is something wrong?” He wondered what could have upset her.
“I don’t know if I should accept this.” She gazed up at him with large doe eyes. He couldn’t believe this. She needed to take the phone.
“We barely know each other, and, well…” Mischief lit her face, and he wondered what she was up to. “We’ve never even kissed.”
Peter paused and took a good look at her. He’d been wondering how to sneak a kiss; she just made it simple.
He tossed the umbrella aside and pulled her close. He let his fingers tangle in her wet hair and lowered his mouth to hers. He kissed her long and slow, taking his sweet time. Cold rain trickled down his neck as he savored each moment. Startled at first, Libby now matched his kiss. He enjoyed each touch of her tender lips.
He slowly pulled away.
“Now can you take the phone?” His forehead rested against hers.
“Yeah, I think so,” she answered in a breathy voice.
“I’d better be sure.” Empowered by their perfect chemistry, he leaned in for more. Her body melted against him. He wrapped his other arm around her and pulled her close.
“Wow,” she whispered, her eyes dark and smoky.
“Haven’t you ever been kissed before?” His eyes searched hers.
“Not like that.”

~Angie Stanton-Rock and a Hard Place" 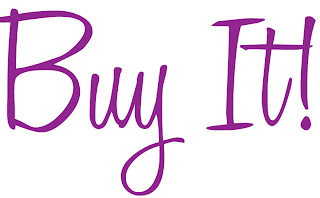 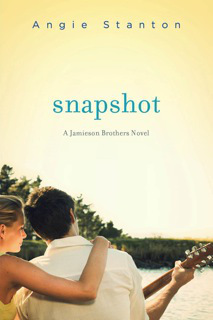