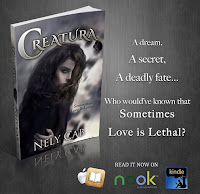 Synopsis: When seventeen year-old Isis Martin is having trouble sleeping due to perturbing dreams of a horrific growling beast, she decides to confront her fear. But what Isis discovers is something other than a menacing entity. The human-like creature offers Isis assurance that he is not a figment of her imagination. Unwilling to accept his avowal, Isis sets his words to contest by asking the entity to prove himself - a dare, he readily welcomes. It is in her dreams that Isis innocently stumbles upon the silent existence of the divine lineage of those that man has long forgotten. In a quaint town, deep in south Texas, this story leads Isis onto the path of impermissible love and captivating life-changing truths. Isis Martin's journey is sure to leave any reader ravenous for more

I really loved this read. I started it around 7 pm, finished it at 3 am. I literally, could not put it down. (Everyone knows the feeling.) This book is just so different from anything I've read before. Now, I have my favorites and I will admit that some of them seem to be recycled stories with a "twist", but that is NOT the case with Creatura.
On top of the beautifully written, different story, Creatura's main character, Isis is not your run of the mill character. I love this. It's so nice to see authors break the mold with their characters and not feel the need to conform to what everyone else is reading. Isis isn't your all american girl. She's Hispanic, and while it's not something that is droned on and on about, it's nice that the clarification is made. Sure, she's drop dead gorgeous, but only in someone else's eyes. I like this too.
You guys should know by now I never ever post spoilers. So let's just say you'll enjoy this romance. Yes, it's paranormal. No, it's not like anything you've read before! Highly Recommend and can't wait for the sequel!

Nely Cab was born on December 9, 1974, in Matamoros, Tamaulipas, Mexico. She has lived and resided in South Texas most of her life. In 2001, the author relocated to Monterrey, Nuevo Leon, Mexico, where she dedicated time to the study of culinary arts and the art of oil painting.After her return to the U.S., she resumed her employment in banking and in the following year transitioned to the field of Social Work. Later, Nely took up writing as a hobby and produced her first novel entitled "Creatura".
The rights to "Creatura" were sold to a leading Young Adult publisher in a foreign country in May 2012 and was published in June 2013.Today, Nely Cab writes from the comfort of her home in South Texas, where she lives with her husband and son. Her life goal is to check-off Bucket List Item No. 95,623,351: To Conquer the World. While she aspires world domination, Nely continues to work on her debut series Creatura. 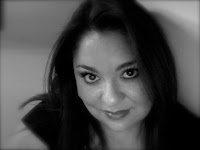 Who wants a chance to win some goodies? (Oh you know I never leave you hanging, don't act surprised!)

Catch up with Nely Cab!